The current Turkmenistan flag has been recognized since January 2001. The flag, which has a green background, has a crescent moon and five stars, all of which are white.

The crescent moon and the star, which means the Muslim majority of the country, and the five stars, represent the five regions of Turkmenistan.

The ribbon in the left corner of the country’s flag indicates the country’s famous carpet industry and also expresses the ethnic and mythological symbols of the Turkmen.

The official flag of Turkmenistan was the flag of the Russian Empire until the Russian Revolution.

Before the collapse of the Soviet Union in 1991, Turkmenistan had a flag similar to that of other Soviet republics.

After independence in 1991, on February 19, 1992, Turkmenistan adopted a flag very similar to the current one.

The colors green and red appear on the flag because it has been historically revered by the Turkmen.

The crescent moon is resilient, a symbol of the country’s hope for a brighter future, and the stars represent Turkmenistan’s five provinces – Akhal, Balkans, Dashovoz, Labap, and Mari.

The five traditional carpet designs along the elevator represent the five main tribes or houses and create patterns on the logo and flag of the country.

The wreath is one of the strange parts of the flag, which has been added in violation of the aforementioned rules and breaking the pattern of the carpet.

The title added as a follow-up to the “Permanent Neutrality Status” adopted by the UN General Assembly on 12 December 1995.

Since independence in 1991, the number of Turkmen holidays has mushroomed, reflecting the nation-building process.

Flag Day was initially considered by the Turkmen parliament (parliament) as a day of rest on the occasion of the birth of President Saparmurad.

But last February, he increasingly reacted to criticism that he had become an absolute ruler, rejecting Niazov’s offer and turning a planned birthday party into a national flag day.

Niyazov decided to change the new national flag of the republic as well, in a quick and completely personal way that changes in Turkmenistan.

The public of Turkmenistan was informed that a branch of olive, like the one on the UN flag, is a symbol of the country’s neutrality and peaceful features under the five paintings in the left corner of the flag.

The Soviet Republic of Turkmenistan

Turkmenistan is a country in Central Asia. Until 1991, it was one of the republics of the Soviet Union, known as the Soviet Republic of Turkmenistan.

Turkmenistan borders Afghanistan and Iran to the south, Uzbekistan and Kazakhstan to the north, the Caspian Sea to the west, and the Republic of Azerbaijan and Russia through this sea.

The name of the country “Turkmenistan” consists of two parts “Turkmen” and “Stan”, which means “the land of the Turkmen”.

Most of the people of this country are of Turkmen descent and speak Turkmen (a branch of Turkic languages).

Eighty percent of Turkmenistan covers an area of the Karakum Desert. In this desert, wherever there is water, large and densely populated villages and cities have sprung up. Turkmenistan has a dry climate.

Turkmenistan was originally part of the kingdom of ancient Persia and came under Arab rule in the eighth century.

In the 11th century, Seljuk Turks ruled it. Genghis Khan conquered the region in the 13th century, as did Timur (Tamerlin) in the 14th century. After the separation (late fifteenth century).

From the Timurid successor empire, the Timurids, Turkmenistan came under the control of Uzbekistan. In the early 19th century, the Turkmen became subject to the Khiva monastery.

In 1869, Russian troops founded Krasnovodsk that now is Turkmenbashi, and began to conquer the Turkmen, whose fierce resistance to Russian aggression was broken in 1881 with the conquest of Dangil-Tappeh Castle.

The Russians then established the Trans-Caspian region, which in 1899 became part of the Governor-General of Russian Turkestan.

Russia’s brutal government provoked Turkmen uprisings. During the Russian Civil War, sporadic fighting broke out between the provincial government beyond the Persian Gulf and Bolshevik forces.

The Red Army captured Ashgabat in July 1919 and Krasnovodsk in February 1920. The Trans-Caspian region was renamed the Turkmen region in 1921.

The following year, it became part of the Autonomous Socialist Republic of Turkestan, which in 1924 included Turkmenistan in the former republics of Bukhara and Khorezm.

Turkmenistan formally became a republic of the Soviet Union in 1925. Many Turkmen still live in Iran and Afghanistan.

The referendum on independence from the Soviet Union was approved in October 1991, and Turkmenistan joined the Commonwealth in December 1991.

He was re-elected in 1992 without opposition, and in 1994 won a referendum to extend his presidency until 2002.

The former Communist Party retained much of its power, and opposition leaders were restricted and persecuted.

However, there were moves to privatize the economy and make progress in attracting foreign investment.

Also at the same time, the country signed a package of 23 bilateral agreements with Russia. The natural gas pipeline to Iran was opened in 1998.

In December 1999, parliament voted that Niazu could serve as president for life. Niyazov did not intend to assassinate him in 2002. In recent years, his authoritarian government has imposed more restrictions on personal and political freedoms.

Culture of the people

The people of Turkmenistan are very kind, the etiquette in this country generally includes long conversations between women and men shaking their heads.

In the culture of this country, people try to speak a little slow to say hello. The urban culture of Turkmenistan has grown well and it is clear that people are trying to develop a precise structure.

Education is part of the culture of the people of Turkmenistan and has been observed for all ages.

In this country you do not have the right to enter the house with shoes unless the host allows you.

Cultural classifications in Turkmenistan are becoming more advanced day by day, and the people of this country also have routine cultural indicators.

In general, Turkmen actors are supported by the people, and there are many charities in the country.

Turkmenistan covers an area of 491,210 square kilometers and is the 52nd largest country in the world. It is slightly smaller than Spain’s. About 80 percent of the country is covered by the Qaraqum Desert.

The country is located between latitudes 35 and 43 degrees north, as well as 52 and 67 degrees east.

The country has a subtropical desert climate and is mostly dry. The winters in this country are mild and dry, with most rainfall occurring in January. It borders Iran to the south and shares a border with Turkmenistan to the north.

2 thoughts on “Flag of the Soviet Republic of Turkmenistan”

Wed Sep 30 , 2020
The Lucia flag consists of a cerulean blue square charged with a yellow triangle in front of the equilateral triangle of the white edge. Stained in 1967 to replace the British blue emblem with the arms of the colony, it has been the flag of St. Lucia since it became […] 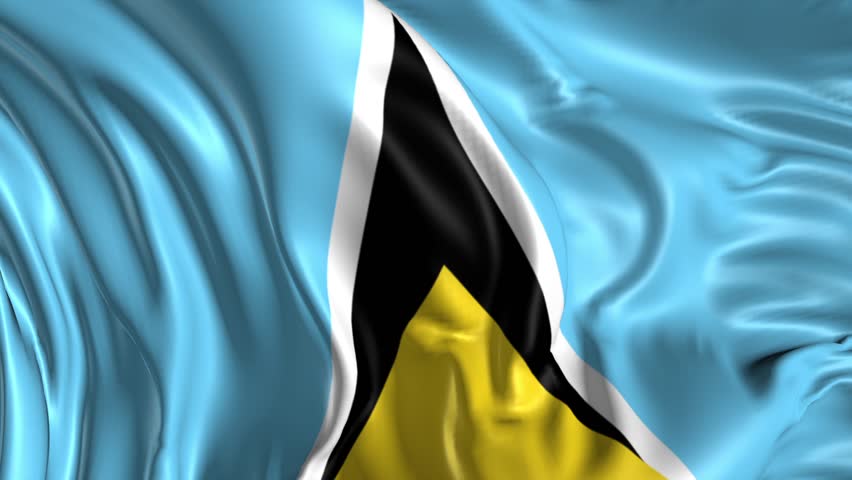