Is there a story behind Portland flag?

The flag is a symbol of solidarity and unity in the past, one way to weaken the morale of fighters was to kill the flag bearer and drop the flag.

Because the flag has been a sign of solidarity in action and unity in the slogan.

In such a way that when the flag fell from the flag bearer’s hand, a kind of disintegration and failure appeared in it.

Every flag shows symbols which indicate a story and meaning behind it, but a flag is not just a symbol, but a way for a country, party, or city to portray itself to the rest of the world.

The symbols and colors used in the flag portray the geographical and climate characteristics of the city.

Portland is the largest and most populous city in the U.S. state of Oregon and Multnomah County.

The city of Portland, Oregon, formed of a green field on which is placed a white four-pointed star ( a truncated hypocycloid) from which radiate blue strips, each bordered by L-shaped yellow elements.

Portland did not adopt an official city flag until 1970. In 1969, the mayor, Terry shrunk, drafted the Portland Arts commission, to find a flag design.

Mayor Terry Shrunk, suggested the Portland art commission established a special committee to choose a designer for designing of an official city flag of Portland flag.

The Portland has used three previous flags. The flags were not officially adopted. The first was in 1917, the second in 1950, and the third non-official Portland in 1957.

The committee chose Douglas Lynch (1913-2009), former chairman of the art committee and a professional and well-known local graphic designer and teacher for designing of new official city flag of the Portland flag.

After huge research and consultation with city commissioners and members of the art committee.

He offered a design in a process he called “as much diplomatic as it was artistic” In January 1970, the Portland city council approved the design.

Douglas Lynch’s design for Portland flag had a green field to represent the forests and green city:

The white strips that included were decorative.

But there was nothing he could do about it.

Green: it stands for “the forests and green city”.

Yellow: it stands for “agriculture and commerce”.

Blue: it stands for “rivers” in flag.

The widths of stripes:

In Portland flag design of stripes are as follow:

The design of the Portland flag improved and simplified, over 32 years later by Mr. Douglas Lynch.

But before the committee’ action about changes, the Vexillologists took the action and testified on what changes were needed for Portland flag.

Douglas Lynch modified his original design. Douglas Lynch enlarged the blue strips and star, removed the city seal, and replace the blue canton that had contained the seal with green.

The revised version of the flag was adopted officially by ordinance 176847 on September 4, 2002.

In 2004, the North American Vexillological Association did The American City Flag Survey. Which the flag ranked 7th out of 150 flags.

If it had not been revised by Mr. Douglas Lynch in 2002. It would most likely have received a low ranking in the survey, as did all other city flag containing a seal on their flag.

Due to ordinance 186794, they updated the specifications of the Portland flag on September 3, 2014.

The standard size is 5 feet in length by 3 feet in height. The background color of Portland must be green.

The design of the flag consists of a four-pointed directional star, shaped by vertical and horizontal intersection of counterchanged light blue stripes.

The white central star on this flag design located slightly left of center, toward the staff end of the flag, called the hoist.

The design components are in multiple of 1-inch units. And the following description refers to the units within the basic design as looks from the front side.

Any changes in flag design size must be based on the diagonal proportion of the basic design.

For instance, when a length is selected, the height is determined by the intersection of vertical at one end of the length, with the diagonal projection of the original design.

The flag size divided into units similar to the original design.

Description of the component parts:

The star is 9 inches (unit) high and wide, with four concave sides, and is at the intersection of the vertical and horizontal blue stripes by 4 inches radius quarter circles at the end of the stripes.

All cloth colors need to be standard colors use for fabrication of flags.

And fulfill the U.S. flag characteristics for cotton and nylon.

The flag design a four-pointed directional star, formed by the vertical and horizontal intersection of counterchanged blue stripes, symbolizing our rivers.

The blue stripes on the flag, are parallel with yellow stripes, symbolizing agriculture and commerce.

The yellow stripes separated from the green background and the blue rivers stripes by white lines called fimbriations.

The white lines are merely decorative.

The offset cross does not intended to resemble a Scandinavian cross. The design inspired the logo of the port of Portland.

In the pioneer courthouse square, on every fire station, and on many other commercial buildings and homes around the city.

The Portland flag also hangs in the city council chambers and the Portland Building’s second-floor Auditorium.

One thought on “Flag of Portland city”

Wed Jun 17 , 2020
What is a Flag?  A flag is a quadrangle piece of cloth, plastic or another material with a flat surface with distinctive design usually used for identity, signal or decoration. Flag also can use as a sign of dominance or claiming ownership over something. A flag is like an expressive […] 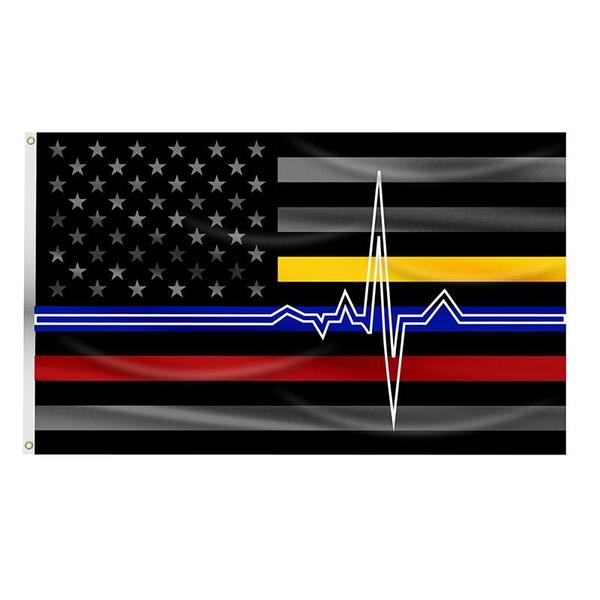