The national flag has three stripes—red, white, and red—rectangular flag.

In 1824, the government of Peru officially adopted the national flag and described it. In the constitutional law, as “a vertical triband with red outer bands and a single white middle band”.

The flag goes with different emblems for different use which changes its name such as civil flag, the state flag, war flag, and naval jack.

Although it is assumed that the José de San Martín’s version of the flag of Peru was inspired by Inca Empire—at its most powerful, Inca ruled over Peru and some other neighboring countries—was different in design.

The assumption says that when José de San Martín came to Peru, he saw a flock of flamingos take wing upon his arrival that is why he chose these colors for the flag of Peru.

The third assumption about José de San Martín’s flag which comes from the historians of the Peruvian Republic has a different explanation for the colors of the flag.

Leguía y Martínez and Pareja Paz Soldán say that José de San Martín took red from Chile and white from Argentina’s flag to recognize the attribution of young men of the liberation army.

Yet there is a fourth allegation that says José de San Martín was in favor of a constitutional monarchy. That is why he was using monarchial symbols and colors.

His flag resembled—in terms of colors—Castile’s flag (red and white), the cross of Burgundy (red and white) also the diagonals of the cross arms, the red color that was the royal symbol of Inca, and the color of the Spanish king of that time.

Variability in the flag of Peru

Governmental offices use “Pabellón Nacional” or the state flag and it consists of a coat of arms.

Other places this flag represents the country is United Nation or its use by Peru national football team.

The war flag or “Bandera de Guerra” consists of a national shield. Peruvian military and police use the war flag. War flag is similar to the state flag.

Naval flag or “Bandera de Proa” flag is a square flag with a red background that consists of a white square with a coat of arms on it.

Warships use this flag with the ensign of the highest-ranking officer on board.

For representing Peru that they used the first time a flag was when General William Miller hoisted a dark blue flag with a sun on it.

It represented emerging Peru during the 1820 struggle for independence from the Spanish Empire.

Above and lower are white and left and right are in red.

This was the first official flag of the Republic of Peru. The government officially adopted the flag in October 1820.

José Bernardo de Tagle, the interim president of Peru, change the first flag to a triband horizontal flag in March 1822.

The new flag had three bands of red-white-red stripes and an Inti (sun God of Ina civilization) on it. That was similar to Argentina’s flag in terms of design.

But there was a problem with this new flag of Peru. The flag looked too similar to the Spanish flag from far away especially on the battlefield and it created confusion. This was a reason to change it.

José Bernardo de Tagle, change the flag design again as it looked similar to the Spanish flag from far away.

This time he changed the horizontal stripes to the vertical band. Although the elements and colors remained the same as the previous flag.

Simón Bolívar was a Venezuelan leader that liberated Peru and some other countries such as Venezuela, Bolivia, Colombia, Ecuador, and Panama from the Spanish Empire.

The new design had the same vertical bands of the previous flag but this time, a coat of arms was added to the middle white band.

Flags of the Peru-Bolivian Confederation era

For three years from 1836-1839, Peru divided into Southern and Northern. Andrés de Santa Cruz was the president of Bolivia at the time when Peru and Bolivia formed a confederation under the name of the Peru-Bolivian Confederation.

Because of this confederation, Argentina and Chile saw it as a threat for themselves and independently invaded the country. Argentina was defeated but Chile with the help of internal elements who detested the federation was victorious in their battles.

Finally, in 1839, the federation collapsed and the two independent states, Bolivia and Peru restored.

For this short while, the federation made a distinct flag to pervious flags of Peru which were a red rectangular flag with Bolivian coats of arms on it.

Meanwhile, North Peru kept the national the national flag of Peru and south Peru, made a new flag. Flag of North Peru had three stripes; a vertical red stripe, a green and a white stripes.

Copy and past this emoji:

About the Republic of Peru

Peru or by its official name, the Republic of Peru, is the 3rd largest country in South America with a 1.2 million km2 area.

It has been home to many civilizations including the Norte Chico civilization from 3500 BC to Inca Empire.

This country proclaimed independence in 1821 from the Spanish Empire with the help of José de San Martín and Simón Bolívar but was not independent fully until 1824.

The existence of mountains and the currents from two oceans (Humboldt and El Niño) has immensely helped to diversify Peru’s climate.

Its climate diversifies from the frozen peaks of Andes to the humid and high temperature in Peruvian Amazon to the moderated temperature of its coastal region.

The political system in Peru is a unitary presidential representative democratic republic with 25 regions. The government system in Peru has a combination of elements from the USA and China governmental systems.

A presidential system with an autonomous Supreme Court and written institutions are taken from the USA.

The federal government of Peru is divided into three branches:

Legislature: There 130 members in the unicameral Congress of Peru

Executives: This branch of government in Peru consists of the president, prime minister and 18 ministers

Judiciary: Supreme Court of Peru which its other name is Royal Audencia of Lima have different subordinates in province and district levels.

Overall it consists of 18 justice along with 28 superior courts, 159 trial courts, and 1838 district courts.

Peru is one of the most fast-growing economies in the world and it is categorized in upper-level income countries by the World Bank.

Its human capacity development has been steadily growing for the last 25 years. Although this country is ranked as one of the fastest-growing economies, in 2015 research indicated that 19% of its populations are poor that 9% of it living in extreme poverty.

One thought on “Flag of the Republic of Peru”

Flag of the Republic of Zambia

Mon Jul 27 , 2020
Flag of Zambia during its history  As it’s costumed for nations that experienced colonization Zambia too, has been represented by different flags during its history.   The National Flag of the Republic of Zambia was adopted on 24 October 1964, The independence day. Mrs. Gabriel Ellison designed the national flag of Zambia and […] 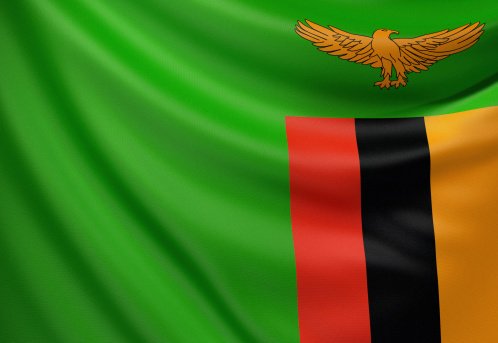