The Panama flag is the flag of the country named Panama. The flag of the Republic of Panama is a rectangle that is divided into four quarters.

The white in the flag represents peace. The blue star is symbolic of purity and honesty, and it also represents the Conservative party.

The red star stands for authority and law, and it also represents the Liberal party of Panama.

The flag designed in that time consisted of 13 horizontal red and yellow stripes, with a blue canton holding two golden suns.

A narrow line represented the oceans uniting by way of the Panama Canal.

Though it was denied, Varilla’s wife, Philippe-Jean Bureau, designed that first-ever proposal for a Panamanian flag.

She had taken inspiration from the flag of the United States, with elements that honour other countries, such as 13 stripes for the U.S. and using the colour yellow for Panama’s connection to Colombia and Spain, whose flags both feature red and yellow prominently.

She replaced the stars in the blue canton with two interconnected suns to represent North and South America.

When is Flag Day? On 4th November each year, Panama has a public holiday for Flag Day. This holiday is celebrated on 4th November as it forms a bridge day between Separation Day and Colon Day.

You will see the Panamanian flag-waving and hanging everywhere on Flag day. Flags are displayed on banks, businesses, overpasses, car antenna, anything that can be decorated with a flag. Originally striped in red and yellow, the Panama flag soon looked like it does today.

Description of the flag of Panama was officially recorded in 1949 by Law 15. The red, white, and blue design of the flag has a significant meaning to the residents of Panama.

Panama flag is represented the political environment of Panama during the 1920s.

There are variations of the Flag of Panama. Prior to the country’s independence, Panama was a colony of Spain until the early 19th century, and then became a department of Colombia.

During these two periods in the country’s history, Panama was represented by the Spanish flag and the Colombian flag. Panama’s first flag of independence was nearly identical to the current flag.

The design of the first flag had a blue and red rectangle located at the top of the flag and the bottom half was white. As political parties formed post-independence, blue was chosen to represent the Conservative Party.

As a result, the blue color is the bottom left corner. The first flag design was submitted by Madame Bunau-Varilla.

It had 13 horizontal stripes and a blue rectangle in the top left corner, like the US flag. The stripes, however, were red and yellow in color, like the Colombian and Spanish flags of the time.

The suns represented North and South America, while the connecting bar represented Panama between the two continents.

The population density in Panama is 129 per sq. mi/ 50 people per km². The official language of Panama is Spanish.

The capital city of Panama is Panama City. Panama is a Unitary presidential constitutional republic. The currency in Panama is the Panamanian balboa B/. (PAB), United States dollar $ (USD).

Despite the heavy symbolism of Madame Bunau-Varilla’s flag design, it was rejected for appearing too similar to the U.S. flag.

Instead, the President’s family designed the new flag for Panama. First, his son Manuel Encarnacion Amador, who was a recognized, a skillful drawer and talented artist, drew up a sketch which he then gave to Panama’s first First Lady, Maria de la Ossa de Amador.

She made Panama’s flag on November 1, 1903, though the creation of the flag was not without difficulty due to the need to avoid the Colombian army.

Final design for the flag of Panama was adopted on December 20, 1903, and was designed by Panama’s revolutionary leader and first President, Manuel Amador Guerrero.

The flag of Mongolia

Mon May 25 , 2020
Mongolia Flag: Flags are important symbols of countries. They signify the identity, independence, and sovereignty of a nation.   In many cases, the design elements of a flag also represent the important values, history, and government of a nation History  In 1921 a communist government came to power and introduced the Red Banner, but the 1911 flag restored in […] 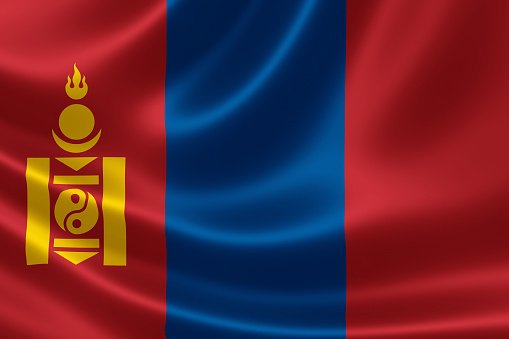