The flag of the Islamic Republic of Pakistan the “Crescent and Star” flag was adopted in 1947. The national flag of Pakistan is a green rectangular flag with a white stripe on the hoist side.

There is a white crescent and a five-point star in the middle of the green field. The color of the flag stated as dark green. The term “the flag of crescent and star” stated in the national anthem of Pakistan referring to its national flag.

Nation of Pakistan flies the flag on three national days; The Defense Day, Independence Day, and Republic Day in all over the country.

Also the public schools, colleges, offices, and governments building, each morning hoist the flag while the national anthem sound and take it down in the evening.

Muslim league is a very historical party in Pakistan that they established in British India in 1906.

Muslim league activism for a separate Muslim majority finally resulted in the establishment of Pakistan. Pakistan flag should be flown according to the determined law by the government of Pakistan.

According to the rule of Pakistan flag, to mark the national day of Pakistan such as the adoption of Lahore Resolution, to celebrate Independence Day and Republic Day, the flag should be at full mast.

Muslims and Hindus used to live together under the same kingdom and king’s governance in the Indian subcontinent.

Although they lived under the same rule and kingdom, their cultures and traditions totally varied from one another. After the Second World War when Pakistan declared its independence from British India, it used the Muslim Leagues flag.

Mohammad Ali Jinnah who was the leader of the league. He rejected the proposal because the flag had a cross on it and it represented Christianity.

Symbolism and design in Pakistan flag

There are many associations with the green color in Islamic traditions. For instance, in Quran the green is the color of paradise.

In the 12th century, Fatimid selected the green color as the dynasty color. Also they widely used in Shitte Muslim iconography.

Muslims mark the Mawlid with green color by wearing green turban or bandana, especially in Pakistan.

Basically, the Pakistan flag has two bands but the dominant color is the green which is the color of the fly band. The Pakistan flag is based on Muslim leagues green flag which the two other Muslim Empire flag Ottoman and Mughal Empires flags inspired.

The green color of the Pakistan flag represents the Muslim majority in this country.

There is a white band in Pakistan flag and also a crescent and a five point star. The white band represents religious minorities in Pakistan.

On the green stripe of Pakistan flag, a white crescent and five-pointed star is the other two symbols on this national flag.

The crescent on the Pakistan flag represents progress while the five-pointed star represents light and knowledge. Although the two symbols crescent and star do not have any foundation in the doctrine of Islam but others widely accepted as the symbol of the religion now.

Based on the Islamic belief, the crescent and the five-point star are not sacred of holy. People believed that since the moon’s circulation and transformation is the basic shaft of the Islamic calendar, it represents Islam.

Likewise, the five-pointed start can represent the five basic elements of Islam.

About the Islamic Republic of Pakistan

The Islamic Republic of Pakistan is located in South Asia. The country is raking as the fifth most populous in the world, its population exceeds 212.2 million.

Pakistan has been home to different civilizations and has been ruled by different empires of the ancient world from the Achaemenid Empire to the Ghaznavids Empire to the Ottoman Empire and the most recent one, the British Indian Empire.

The name first appeared on an appeal by Choudhry Rahmat Ali in 1933 that requested British Empire for a distinct national state for Muslims in the Indian subcontinent.

A state based on the social, religious, and historical ground of Muslims which distinct from those of other inhabitants of Indians.

The ethnically and linguistically diverse Pakistan has undergone so many social and political changes since it declared independence.

Form military rule to political instability and upheaval and also conflict with its neighbor India. Overpopulation, corruption, literacy, and poverty are some of the most challenging hindrances for Pakistan.

The military power of Pakistan is ranking the sixth position in the world and this country is a declared nuclear-power state.

In 1977, Zia-ul-Haq suspended the last and current of Pakistan but restored in 1985. The current government’s foundation is laid on this most important document of the country.

The federation Pakistan has four provinces and three territories. With Baluchistan, the biggest of its provinces, Panjab, Sindh, and Khyber Pakhtunkhwa are the other three provinces of the country.

The two territories Azad Kashmir and Gilgit-Baltistan are parts of the large Kashmir region and the capital Islamabad are the territories.

5 thoughts on “Flag of the Islamic Republic of Pakistan”

Flag of the People's Republic of China

Tue Jul 14 , 2020
The Chinese flag is one of the symbols that has been almost stable for a long time due to the size of this country and the existence of different ethnicities and races. The Chinese flag, like all other countries, has its own meanings and philosophy in its design and color. […] 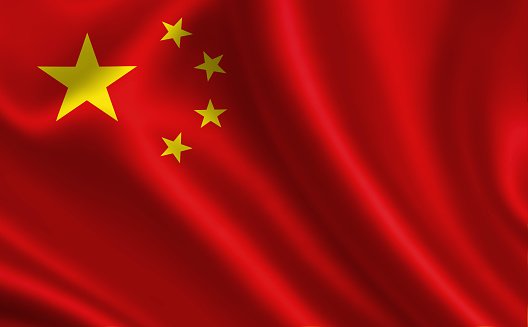