Importance of having a flag

It is very important to have an official flag for a country, because having an official flag, represent the nationalism, freedom, glory, and real meaning of being an independent country.

Every flag shows symbols that indicate a story and meaning behind it, but a flag is not just a symbol, but a way for a country, party, or city to portray itself to the rest of the world.

Although no official flag is available for new England, but the most common design for the new England flag is a colored field (mostly red) with a pine tree in the corner.

There is no official flag for new England. But some banner used to display new England six states. Although the different designs used for the new England flag.

But there is a common design for the new England flag. The design is a simple colored field (mostly red) with a pine tree in the top left corner of the flag in the center of a white area.

The flag uses for regional and cultural use.

The blue or red naval ensign of the royal navy were the most design of new England flags.

The flag design displayed St George’s cross in the canton. This design used in both colonies.

Roger William led the puritans to protest to the presence of a Christian cross on their flag. And they display a red flag with a simple white canton for a while.

In 1636, the new flag flew for the first time in Salem, Massachusetts. Some people thought this action might be against England.

And the cross kept in some crown property like castle island, Massachusetts. And in New England the cross-less flag had used and the unique flags designed for some companies.

The royal commissioner in 1665, requested that all militia companies and ships to display a flag that shows the true colors of England.

In late 1680, some of the cross-less flags used by people in the new England flag and new England tried to find the ways to represent their country.

In 1684, the new design of the new England flag used in Newbury town. The red flag changed to a green flag and also the flag contained St. George cross.

Also during the reign of King James ii a pine tree added to the flag design of the new England flag.

At the beginning of the revolutionary war, after 19 April 1775, the cross removed from the flag in the new England flag. This flag was with a motto which was ”appeal to heaven”.

The versions of new England flag

The two important symbols are in the new England flag. The symbols are a pine tree and red color.

And some other symbol like cross and blue color are not always shown.

A red ensign with a pine tree in a white field in a canton is a flag used by new England after the independence movement and revaluation of new England.

The red color was a sign for American colonies.

The purpose of adding a pine tree in the new England flag was for differentiating new England from neighboring colonies.

In the Unites states flag day celebrated on 14 June 14th.

John smith who was an English explorer, named the region new England.

The US new England states located in the northeastern region of the United States. New England is one of the cultural regions of the USA.

It consists of the states of Rhode Island, Connecticut, Vermont, Massachusetts, Maine, and New Hampshire.

New York is on the west border of New England and has borders with Canadian provinces of New Brunswick to the northeast and in the north border by Quebec.

Also, is bordered from east and southwest by the Atlantic Ocean and the southeast border is by long island sound.

As the smallest part of the united states’ geographical division, new England has no fertile plains, fertile fields, and temperate climate, it has played a prominent role in American history.

And from the seventh century to the nineteenth century, New England was the literary and economic center of the united states.

The first immigrants to new England were conservative British protestants. They had emigrated in search of religious freedom.

They gave the region a special political format. The city council run by the elderly and the church.

The city council of New England was a place where citizens would gather to discuss a variety of issues.

But only the wealthy men allowed to vote. These meetings of the city association led to the widespread influence and cooperation of the new England people in political and governmental affairs.

Today, the sessions are still held in many New England states today, except that women can now attend.

New England is culturally very progressive. The presence of institutions such as the Boston symphony orchestra and the museum of fine arts has given this area a high cultural burden.

Scientifically and academically, new England is one of the top regions in the united states. Some of the most prominent and influential universities and colleges in the world are in New England.

Due to the mountainous and barren nature of new England, agriculture and farming in these states, unlike in the southern states, were impossible.

2 thoughts on “Flag of New England”

Flag of the Republic of Honduras

Wed Jul 1 , 2020
This flag consists of three horizontal stripes—blue, white, and blue respectively. And five azure stars in the form of an X. Though it is based on the federation flag of the United Provinces of Central America. But later others changed in terms of elements. The present-day Honduras flag was in […] 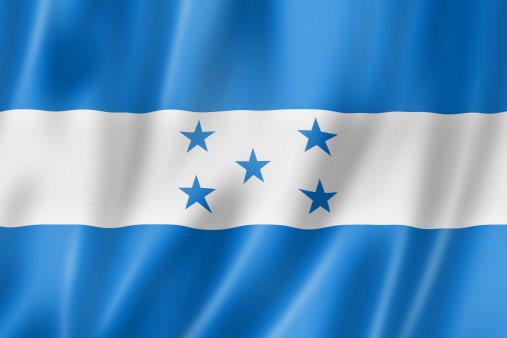