Nepal is the only country in the world that its national flag is non-quadrilateral. The national flag of Nepal functions both as government and civil flag.

Its flag is consists of two pennons. In 1962 when Nepal adopted a new constitutional law, it adopted the current national flag. Two pennons of the flag of Nepal were the emblems of the two ruling dynasties.

The national flag of Nepal is crimson red with a blue border. On the above part of the flag is a white moon with eight radiating rays and a crescent and on the pennon below is a white sun.

The border color in the flag of Nepal which blue, represents peace.

On the two other symbols—the moon and the sun— were facial features in red but as Nepal accepted a new constitution, it modernized the flag and removed those two symbols.

The moon and the sun represent weather variation of the country from the north to the south. Moon represents the cool weather of Himalayas and the sun characterizes the high temperature.

Also, it represents the heat in lowland in southern parts of Nepal.

Additionally, the moon represents calm behavior and pure spirits of Nepali people while the sun symbolizes their decisive resolution.

Since the flag of Nepal is unique in terms of proportion, in some events it is laid on a white plain background to form 3:2 proportion.

For instance, in 2016 Summer Olympics in Rio de Janeiro flag of Nepal was displayed in this way. But the production of the flag in big size is not a tricky task.

But when someone uses it with the wrong proportion, definitely it makes a problem.

In 2018 when the prime minister of India visited Janakpur, officials used a wrong flag which ignited outrage on social media.

Nepal is an Asian country that land surrounded it. This country is located between China, India, and the autonomous region of China—Tibet.

Nepal lies in the southern part of the Himalaya; the tallest mountain in the world. This country has a diverse geography and climate.

Its climate changes from the freezing point in the rugged and mountainous northern part of the country to the southern lowland areas with hot weather and higher temperature.

Before Nepal became a democratic republic country in 2008, for decades it was following self-imposed isolation policy to the outside world.

As a result, it is one of the least developed countries in the world.

Although Nepal’s position among other countries lies at 165th it is one of the fastest-growing economy in the world.

One of the major income of Nepal comes from tourism industries. With the ease of access from the Nepal side, Mount Everest is one of the tourism attractions, especially for mountaineering.

Other tourist destinations in this country include four UNESCO world heritage sites—Lumbini, Sagarmatha National Park (home to Mount Everest), seven sites in the Kathmandu Valley collectively listed as one, and Chitwan National Park.

Tourism in Nepal provides more than a million jobs opportunity for its people and contributes 7.9% of the total GDP in the country.

The political system and government in Nepal

The political system in Nepal is a parliamentary republic with multiple parties. Nepal Communist Party, Nepali Congress, and Janata Samajbadi Party are the three political parties of Nepal.

This country is a republic federal with seven provinces that divide further into districts and districts into units. The base of government in Nepal is the constitution of Nepal.

Generally, the government in Nepal consists of three branches:

In the federal democratic republic of Nepal, the president appoints the prime minister (the parliamentary leader of the political party with a majority vote in the parliament) to form the council of the ministers.

The parliament of Nepal (the federal Parliament) consists of House of Representatives and National Assembly with 275 and 59 members respectively.

Judiciary system in Nepal consists of the Supreme Court (the highest court of the country), High Court (one in every 7 provinces), and district courts (one in every 77 districts).

Flag of the Republic of Peru

Wed Jul 22 , 2020
The national flag has three stripes—red, white, and red—rectangular flag. In 1824, the government of Peru officially adopted the national flag and described it. In the constitutional law, as “a vertical triband with red outer bands and a single white middle band”. The flag goes with different emblems for different […] 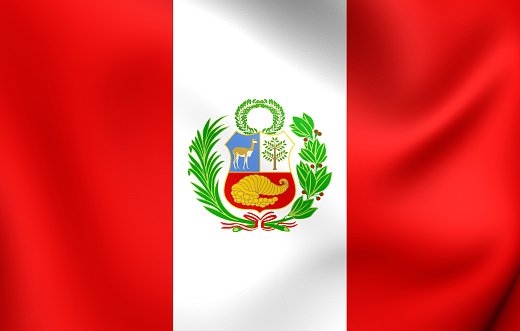