The culture of using flags have come to America with Europeans. Native Americans whose distinguishing characteristics were based on art, dress, and symbols, started using flags as their tribal identity.

According to NAVA (North American Vexillological Association), there were two defining factors in the proliferation of Native American flags in the USA.

The first factor in the usage of Native American flag was the Indian Self-Determination and Education Assistance Act of 1975. These acts gave federally recognized Indian nations, vast authority and self-determination over their activity.

The self-determination caused a feeling of independence and sovereignty among Indians to create their Native American flag.

The Indian Gaming Regulatory Act of 1988 was the second reason why the Native American flag started to appear more often. The act provides a legal basis for the gaming in Indian tribes’ area.

Likewise, the act encourages economic development and protects enterprises from preplanned criminal activity. As the act passed, it resulted in casino establishments and a broad job market.

These casinos were the main gaming centers. They used flags to mark their locations. In the whole United States, in 1997 there were 558 tribes and nations which means an immense potential of different tribal flags.

There are hundreds of Indian tribes and nations in the United State of America so are the Native American flags. National Flags are not just simply a sign but a set of symbols, colors, and shapes that have deep roots in culture, believes, and history of its Claimers.

let’s look at the details and elements in the Ak-Chin Native American flag.

The Ak-Chin community which consists of two separate tribes of the same “River People” and “Dissert People” has its national flag.

They first adopted their flag in 1962. Their impressive flag elements are the epitomes of what they believe in.

An arrow that represents AK-Chin as one of the Native American communities. A pair of scales as a symbol of equality and justice.

There is a shining sun that indicates Ak-Chin’s belief of a brighter tomorrow and two lightning bolts as symbols of their inspiration and energy to support their community values.

A white circle encompasses these elements with the mottos of the community “Equality for all” above and “For a brighter tomorrow” below it.

A black band forms the edging of the flag with the name of the community and the state of Arizona where they are located. Two stars on the black band represent the two nations of the same community.

They set and developed diverse cultures and societies throughout the United State. European colonization of America started in 1439 and it tremendously reduced the Native Americans’ population.

European colonization dealt with native Indians with introduced diseases, warfare, mass killing, and slavery. After the formation of the United State of America as an independent country, still, the Native Americans were suffering from the massacre and settler colonialism of the American government.

Forced cultural assimilation was another government’s policy against Native Americans to transforms their values and dissolve them into European-American culture.

Flag of the Islamic Republic of Pakistan

Tue Jul 14 , 2020
The flag of the Islamic Republic of Pakistan the “Crescent and Star” flag was adopted in 1947. The national flag of Pakistan is a green rectangular flag with a white stripe on the hoist side. There is a white crescent and a five-point star in the middle of the green […] 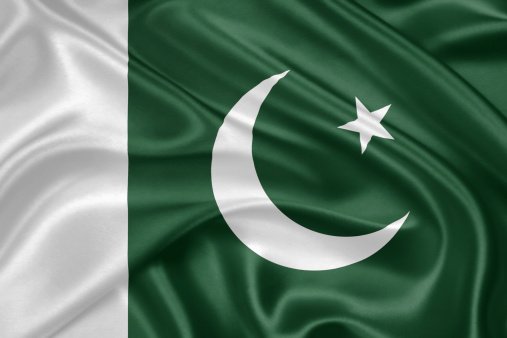