The Los Angeles flag in 1931 by Los Angeles residents Roy E. Silent and E.S. Presented by the La Fiesta Association to celebrate the 150th anniversary of the city. Also, the Order of 70,000 officially established the flag, then known as the “Fiesta Flag”, as the official flag of the city on July 22, 1931.

The flag was raised by Mayor Frank E. Shaw in April 1937, eighty-seven years after the city was annexed.

This flag shows the official seal of the city in the center with a background of green, gold and red vertical zigzag stripes representing California’s three major products.

Green represents olive trees, gold represents groves, and red represents vineyards. The colors of the flag are also found in the flags of Spain (red and gold) and Mexico (red and green), recalling the memories of the two nations that ruled the region before it was part of the United States.

This flag, designed by Roy E. Silent and E.S. Jones was donated to the city by the La Fiesta Association on the anniversary of the city’s celebration. The seal on the flag was officially approved on March 27, 1905.

The flag gained little international fame when it was used as a symbol of the next Olympic host instead of the United States flag at the closing ceremony of the 1980 Moscow Olympics.

The move came at the request of the US government, which asked the International Olympic Committee not to use the US flag because the US had boycotted the Moscow Olympics.

Also, the Los Angeles flag was flown in 1984 by Sally Ride on the space shuttle Challenger. The exhibition is on display at Los Angeles City Hall. In a 2004 North American Vexillological Society poll, the design ranked 33rd out of 150 American city flags.

The city seal is shown in the middle of the flag. Around this shield, there is a display of three major California products: grapes, olives, and oranges. The seal contains a heraldic protector as shown:

It has an estimated population of 3.9 million and covers an area of 1,290.6 square kilometers in southern California.

Initially, there were only a handful of families, but by 1800 the population was 315. The Plaza Catholic Church was built in 1822. The town of Los Angeles was growing steadily. Then in 1847 American forces occupied Los Angeles.

With the discovery of gold in California in 1848, Americans rushed to live in and around Los Angeles. In 1850 he became a member of Los Angeles. Then in 1851, Los Angeles acquired its first newspaper.

By 1870 the population of Los Angeles had grown to 5,614. However, in the winter of 1861-1862, Los Angeles experienced severe flooding. Two years of drought followed. Nevertheless, Los Angeles recovered.

In the late nineteenth century, many people immigrated to Southern California for health reasons.

Climate was believed to improve or at least improve many conditions. At the same time, the California orange industry flourished in the 1870s. In 1874, the first Wagon Berry was launched in Los Angeles.

Then in 1876, Los Angeles was connected to San Francisco by rail. In addition, the University of Southern California was founded in 1880. In 1892, oil was discovered in Los Angeles.

Los Angeles in the twentieth century

In the early 20th century, many Japanese immigrated to Southern California. Many Mexicans did the same. In addition, since World War I, large numbers of African Americans have come to live in Los Angeles.

Meanwhile, in 1904, Abbot Kinney built the city of Venice. However, the growing city in a dry climate faced major problems in supplying water to its people. The Los Angeles Aqueduct was built between 1908 and 1913 to bring water to the city.

Also in 1913, Cecil B. DeMille hired to make a film in a suburban warehouse called Hollywood. In the following years, the film industry in Los Angeles flourished

Los Angeles continued to flourish in the early 20th century, surpassing San Francisco in size in the early 1920s. By 1939 it had a population of more than 1.5 million.

However, like the rest of the world, Los Angeles suffered during the Depression of the 1930s. Between 1935 and 1939, many “Okies” fleeing the dustbin fled to the Los Angeles area.

Los Angeles flourished again during World War II (although Japanese citizens were detained). However, not everyone was fluent in Los Angeles in the 20th century. In the summer of 1943, there were riots called the Zoot Suit riots, in which Mexicans were attacked.

However, at their trial, the officers were acquitted. The result was three days of riots in which 58 people were killed. In 1994, Los Angeles was hit by an earthquake.

This measurement was 6.7 on the Richter scale. The quake killed at least 57 people and injured thousands more. It also caused billions of dollars in damage.

However, Los Angeles soon recovered. Many famous buildings were erected in Los Angeles in the late twentieth and early 21st centuries. Watts Tower was built in 1954 by Simon Rhodia.

The Museum of Tolerance opened in 1993. Los Angeles is also a thriving financial center. In the late twentieth century, the Hispanic population of Los Angeles grew dramatically. Meanwhile, the percentage of non-Hispanic whites fell.

Los Angeles in the 21st Century

In the 21st century, Los Angeles continues to grow. The Cathedral of Our Lady of the Angels opened in 2002. The Walt Disney Concert Hall was built in 2003.

The 2015 Special Olympics Summer Games were held in Los Angeles. In 2017, the population of Los Angeles was 4 million.

The Los Angeles economy is based on imports and exports, the entertainment industry (especially filmmaking), aerospace, technology and tourism.

Long Beach interconnected ports are the gateway to import and export to East Asian countries and are the fifth busiest port in the world.

Los Angeles is often referred to as the “Creative Capital of the World” because one in six of its residents works in the creative industry, and Los Angeles has more artists, writers, filmmakers, actors, dancers, and musicians than any other. Another city at any other time in history.

Other hilly areas of Los Angeles can be climbed. Washington area north of downtown, eastern parts such as the Boyle Mountains, the Crenshaw area around the Baldwin Hills and the San Pedro area.

There are much higher mountains around the city. It is located just north of the San Gabriel Mountains, a popular recreation area for Angelus. Also, its highest point is Mount San Antonio, known locally as Mount Baldi, which reaches 10,064 feet (3,068 meters).

The Los Angeles River, which is mostly seasonal, is the main drainage canal. At 51 miles (82 km), the Army Engineers Corps smoothed the concrete to act as a flood control channel.

Thu Jan 28 , 2021
The Berlin flag has three red-white-red stripes, with each of the two outer stripes occupying one-fifth of its height, with the middle three-fifths remaining. A bear is engraved on the civilian flag, while the state flag bears the emblem of Berlin. The West Berlin Civil Flag was adopted on May […] 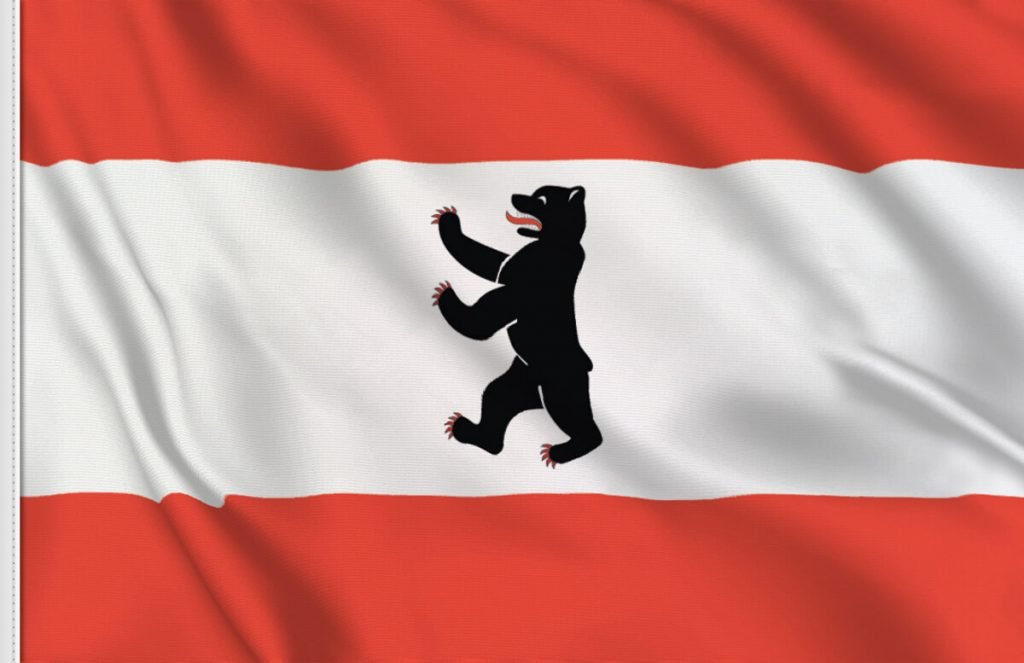