The current national Lesotho flag, which was adopted on the 40th anniversary of Lesotho’s independence on October 4, 2006, has three colors: blue, white, and horizontal green, with a black and Mokorotlo(Basotho hat) in the center.

The design is designed to reflect a country that is at peace both inside and next to South Africa and replaces the old flag design with the military insignia of shields, spears, and gloves.

In 1884 Basuto Land, now Lesotho became the British crown colony and the unofficial colonial flag was hoisted. A green shield on the right with a white circle surrounded the British blue sign.

Inside the shield was a brown crocodile, a golden ram and corn.

When Basoto Land became independent from Britain, the names of the countries changed to Lesotho.

A national flag adopted with a blue section with a red and green stripe on the left and a Mokurotlu in the center of the blue section.

A new flag was hoisted after a military coup that created a new regime in 1987.

The new flag was a white square with a green triangle and a blue stripe on the right. The symbol consisted of a traditional Basotho shield with a lanyard and a stick on the top left.

In 2006, a new flag was chosen to mark the 40th anniversary of Lesotho. The three colors blue-white-green approved with a black Basot in the center. The flag represents peace and unity as a black nation.

The design of the Lesotho flag revolves around the theme of peace and stability.

The blue bar above indicates clear rain or blue skies. The Middle White Group means peace and reflects the country’s internal peace and peaceful relations with its only international neighbor, South Africa.

The center of the Lesotho flag is the Mokurotlu, which is also a prominent feature of the flag. Mokurotlu is a traditional Basotho hat made of straw.

The straw hat is one of the national symbols of Lesotho and is also on the country’s license plates.

The people of Sotho traditionally wore this hat in important ceremonies and wear Mukurotlo as a reflection of their national identity.

The current Lesotho logo was adopted in 2006, it is very similar to the original version, the only difference is the color of the bumper, banner, and objects.

Coat of Arms shows a blue crocodile on a brown shield in front of a cross-legged crank. The horses are on either side of the shield and under a banner that reads “Peace, Rain, Fertility”.

The kingdom of Lesotho

Lesotho is a country in southern Africa. This country is a landlocked country with no water borders.

Also, Lesotho is an environmental country that shares no borders with any country other than South Africa. Its capital is Maseru.

The official language of the country, Sesotho, and English as a second language are widely in business and educational centers.

The main inhabitants of what is now Lesotho are hunter-gatherers who are known to have been Bushmen.

Examples of stone arts are followed in this country dependent on history. In fact, history tries to predict the position of the country of Lesotho for political agreements.

In the past, Lesotho called Basutoland, and specific treaties in this area could be based on indigenous peoples.

From the government, the local government must look real and have a special regional position.

The control of the monarchy in Lesotho must be more precise. Lesotho has stated that Britain has entered into a series of specific treaties in that country, which are categorized according to historical location.

In Lesotho, it is important to examine the economic approach. The historical situation for this country has stated that people should consider history as the main part of their lessons.

A number of examples of stone art have been studied in this country, and historians are examining these approaches.

The government intends to make the best efforts based on the economic situation of this country. Economic history has gained the highest rank among the natives in this country, and the Lesotho hijab design has been followed since that time.

The culture of the people of Lesotho

In the culture of Lesotho, people try to be kind to each other. Kindness must have real color and smell, and this is part of the beliefs of the people of Lesotho.

The population of Lesotho reaches two million and 128 thousand people. Statistics show that the average age in this country is 2 to 21 years and the state of hope for women is at 51 years and men in this country have a life expectancy of up to 54 years.

In Lesotho, no one feels sad. In fact, sad life in this country does not make sense. People are friends with the poor and try to make their children dependent on stronger cultural policies.

There are many sections in this country that follow the Christian religions and of course, the people in Lesotho are trying to follow the official language in a real way.

The formal culture among the people has been studied by the government.

The cultural situation has the main potential and superiority for the people of this country. The situation in this country is that one can explain one’s policies to other people.

In Lesotho’s culture, in most parts of the world, people like to be friends, go out together and even go to family schools.

It is clear that the culture of life for individuals is examined and the precise cultural approach is examined more seriously.

In this country, if people can have stronger cultural policies, there will be changes in the culture of life in the best situation in this country.

Also, people can consider these changes as a trump card for themselves.

Maseru is the capital of Lesotho. Maseru has a population of more than 200,000. Lesotho has a 30,355 square kilometers area.

In general, this country is flat. The altitude of this country is more than one hundred meters above sea level, and of course, according to the topography, it has a special location.

The lowlands in Lesotho are a narrow belt along the western border, albeit less than 1,800 meters high. Specific aspect in this country is assessed on the basis of fertile soils.

The infertile situation in this country has been studied based on clay and sand. Areas 1800 to 2000 meters above sea level have been surveyed based on the productivity of the agricultural location.

Some rocky areas are great for mountaineering but have made life difficult for people in Lesotho.

These areas are on the list of the main areas that include the location of better areas.

The Sangu River Valley is a valuable strait located deep in the Maluti Mountains. The eastern region of Lesotho also has a series of rugged cliffs, and the natural and mountainous location for this region has been studied.

4 thoughts on “Flag of the Kingdom of Lesotho”

Sat Oct 3 , 2020
The Florida flag was adopted on September 24, 1900. The flag has a white background surrounded by two narrow red stripes obliquely crossed by the flag.Florida was the first southern state to design its own flag after the Civil War, but it changed several times before it restored to its […] 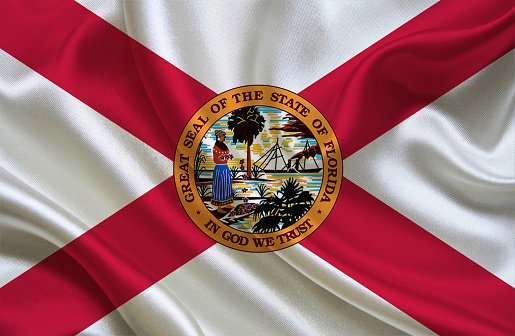