The Lebanon flag is made of three colors red and white and the symbol of green cedar, each of which is a symbol of something.

The red color symbolizes the blood of the martyrs, the white color represents the purity of the people and the snow-capped mountains, and the green Cedrus libani in the middle, which is in the mountains and forests of that country and is considered the symbol of Lebanon.

In Lebanon, the flag has a special place among the people. On special occasions, the people of this country hang their country’s flag from the window or in their homes. People also buy a lot of flags at various rallies.

Flag selling is one of the most common professions in Lebanon. Some people just make a living by selling flags.

Several factories are also involved in making flags in the country. Since most Lebanese keep flags in their homes, selling them is also common.

On official national and religious holidays, as well as on special occasions, people hoist flags in their homes.

In such a way that some people raise the flag from their work and life for any occasion.

History of the Lebanon flag

Lebanon has long used different flags, depending on the ruling power. This period was before their independence and the national flag.

The history of their flag dates back to the Phoenician era when the main Lebanese flag in the period 3000 BC-200 AD was a blue and red flag.

In 750, the Abbasid Caliphate took control and they began to use a simple black flag. The Kingdom of Jerusalem has occupied some parts of Lebanon since 1099.

Their flag was white and had a center with a large golden cross with three smaller crosses.

The Banu Ma’an tribe took control of part of Lebanon between 1119 and 1697. Their flag was a reddish-white flag with a crown of laurel flowers.

The Ayyubid dynasty gained some control in 1282, and the Lebanese adopted a simple yellow flag. From 1250, the Mamluk monarchy took control and Lebanon raised the yellow flag of Egypt with the crescent moon to the left.

They were followed by the Chahab Empire in 1967, which had a true blue flag and a crescent moon to the right.

From 1516 to 1918, the Ottoman Empire took control and used their red square flag with a five-pointed star on the right and the crescent moon on the right.

After this, the Lebanese acquired a new flag that showed a Lebanese cedar tree in the center of a white background.

However, in 1920 Naomi Mokarzel designed the Lebanese flag, which resembled the French tricolor when the French took control. The French had a vertical three-color flag of blue, white, and red.

Later, a national pact was agreed that divided power between Sunni Muslims, Christians, and Shiite Muslims. The treaty led to the creation of a new national flag that retained the cypress but got rid of the French tricolor.

They placed the strips horizontally and were limited to white and red. These colors were historically associated with the Kassi and Yemeni families, which date back to a thousand years ago.

Finally, in 1943 Lebanon gained its independence and this country adopted the white flag with two red horizontal stripes at the bottom and top.

A white stripe of a green cedar tree is in the center.
The flag was a design by Henry Pharaoh, a member of parliament at the time.

They adopted the flag in a parliamentary session on December 7, 1943, amending Article 5 of the Lebanese constitution.

The red stripes on the flag are a reminder of the bloodshed that the Lebanese people have done to protect their country from being attacked by foreign powers. White symbolizes peace and purity as well as snow.

The Lebanese cypress, which stands in the middle of the flag, has significant significance, as it is mentioned in various parts of the Bible and is believed to embody peace, eternity, and holiness.

Cypress grows in the mountains of Lebanon and is one of the main features of the flag.

The Lebanese flag is rectangular in shape and consists of three horizontal stripes. The top and bottom bars are red, while the middle bar is white. The width of the strips is 1: 2: 1.

Therefore, the thickness of the white bar is twice that of the red bar. The white stripe contains Lebanese cedar or green cedar in the center. Cypress touches the inner edges of both the red bar and the bottom.

• There is a theory that Pharaoh’s art was inspired by the color of the Austrian flag. He was a friend of Austria and helped establish the Austrian-Lebanese Friendship Association.

The Bekaa Valley is in the middle of two mountain ranges. The green cedar, on the white part and the touch of each of the red stripes, represents the land of the cedars, as Lebanon is known.

• According to Lebanese law, which was enacted on 19/10/1945 and a statement was issued in 2018, foreign flags should not be flown in the country during the World Cup during the term of Governor Ziad Chabab.

Girl holding Lebanese Flag in the car.
Lebanese flag waving in the sun
The Lebanese flag against the blue sky
Waving flag of Lebanon
lebanon-2131274_640
international-2693259_640

The Republic of Lebanon

Lebanon, officially the Republic of Lebanon (Arabic: الجهوريجمه اللبنانية), is a country in West Asia. Lebanon shares borders with the Mediterranean Sea to the west, Syria to the north and east, and Israel to the south.

The geographical location of Lebanon at the crossroads of the Mediterranean and the Arab world has led to a rich historical formation and religious, racial, and cultural diversity. Lebanon is the bride of the Middle East.

The history of Lebanon dates back to 5,000 BC. The first known inhabitants of Lebanon, the Canaanites, were a Semitic people who probably traded with the Greeks, whom the Greeks called Phoenicians.

The Phoenicians were a seafaring and trading ethnic group, and their territory included independent city-states in the eastern Mediterranean and settlers on the Mediterranean coast.

Various governments and empires ruled Lebanon, including the Achaemenid and Sassanid emperors, the Greeks, the Roman and Byzantine emperors, the Muslim caliphs, the Crusaders, and the Ottoman Empire.

Lebanon was under the Ottoman rule for 400 years (in what was called Greater Syria). In 1916, these areas became part of French rule (during World War I). After World War I, present-day Syria and Lebanon came under French rule.

In 1975. Following the struggles and empowerment of Palestinian immigrants and Israeli pressure on host countries to expel them; Clashes broke out between Lebanese Maronite Christian parties and left-wing socialist Sunni groups and their allies, the Palestinian militants, and civil war continued.

Shiite mediation and Syrian military intervention in favor of Christians led to the temporary end of the two-year civil war.

1978 Israeli invasion of southern Lebanon up to the Litani River in opposition to Palestinians fighting inside Lebanon.

In 1982, the Israeli invasion of Beirut occupied Lebanon and the Israeli war with Syria on Lebanese soil, creating a buffer zone and an army in southern Lebanon that pitted Palestinians, Syrians, and Shiites against Israel, Christians, Sunnis, and the United States.

The war between the Islamist Hezbollah Shiite group and the secular Amal in southern Lebanon and the Iranian influence also took place in the late 1980s. Thus, the Lebanese civil war became long and wide.

The clashes began in April 1975 when Palestinian gunmen opened fire on a church in eastern Beirut to assassinate Pierre Jamil, the founder of the Lebanese Christian Phalange Party.

Of course, he survived, but the assassination sparked a series of retaliatory measures that eventually led to the 15-year-old civil war in Lebanon that lasted until 1990.

The population of Lebanon is estimated at 6,825,000. Fifty percent of Lebanon’s population is Muslim, 45 percent Christian, and 5 percent Druze, and there are small Baha’i and Jewish minorities.

Lebanon also has a small population of Kurds who have migrated from northern Syria and southeastern Turkey, and it is estimated that between 75,000 and 100,000 people live in Sunni areas.

The Kurds have been able to obtain Lebanese government citizenship in recent years.

Lebanese racial and ethnic groups: Arabs make up 60%, Assyrians and Syrians 36%, Armenians 4%, Kurds, and Jews 1%.The average age of the Lebanese people is 24.6 years.
The official and colloquial language of Lebanon is Arabic, but each ethnic minority also speaks its own language.

The capital is the port city of Beirut. Lebanon’s coastal climate is cold and rainy in winter and hot and humid in summer. In higher areas, especially in the mountains, winter is accompanied by snowfall, and the temperature drops below freezing.

Flag of the Republic of Kyrgyzstan

Tue Sep 22 , 2020
The Kyrgyzstan flag was adopted following the fall of the Soviet Union and the beginning of the country’s independence in modern times. The flag reflects the traditional culture of Kyrgyzstan to ensure that it can fully represent the nation and its citizens. The Kyrgyz flag was adopted by the Kyrgyz […] 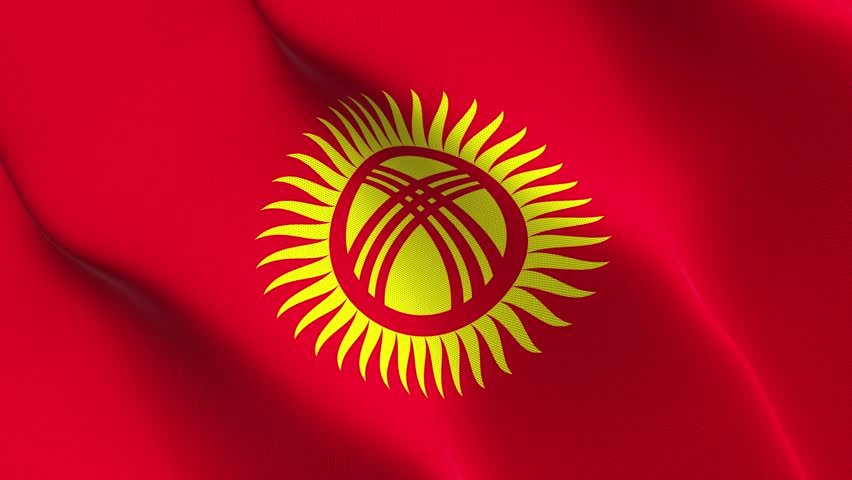