The flag of Laos is a triband—red, dark-blue, and red—flag with a white disc on the middle blue stripe.

The middle stripe is twice as big in width size as the two other bands in the flag of Laos. It’s a rectangular flag with a ratio of 2:3.

The short-lived government which came into rule after Lao Issara (Free Laos) movement in 1945, first adopted the national flag of Laos.

Lao Issara (Free Laos) 1945–46 was a movement against French colonialism on Laos that in 1945 Prince Phetsarath established it. Including Cuba, Laos is the second communist state that does not use communist symbolism in its national flag.

Most of the communist countries use a five-pointed star or a crossed hammer and sickle as the sign of communism on their national flags such as China or North Korea.

Previously, there was another flag with a red background and a three-headed white elephant standing on a stand beneath a royal parasol.

This flag was the Kingdom of Luang Phrabang’s flag in the 19th century and the flag was used even when Laos became a French protectorate state.

Kingdom of Luang Phrabang’s flag represented the old name of the country,” The Land of a Million Elephants”.

Pathet Lao as part of the government before it takes the power and induces the King for abdication from 1973 to 1975. When in 1975 Laos became a socialist state, it adopted the current national flag.

History of Flag of Laos

The current national flag of Laos first was adopted in 1945 by the Lao Issara government. After that Kingdom of Luang Phrabang flag was replaced the current flag of Laos although political dissidents used Lao Issara’s flag in exile.

When Pathet Lao took the power and forced the king to secede, it readopted Lao Issara’s flag as the national flag of Laos.

He was a member of the Lao Issara government. In 1945 he was tasked to design the national flag of Laos.

Maha Sila Viravong was instructed to design a flag that should be different than the Luang Phrabang’s white three-headed elephant flag.

Lao Issara adopted the flag in 1945 until the French takeover. After the dissolution of Lao Issara, its successor communist Pathet Lao adopted the flag as the national flag and it has been continued until now.

Symbolism in flag of Laos

According to Maha Sila Viravong who created the National flag of Laos, the white disc on the central blue stripe represents the unity of Loa people. Likewise, the disc represents a full moon against the Mekong River.

The two outer bands on the flag of Laos symbolize the bloodshed by the Lao people on both sides of the Mekong River and their struggle for freedom and independence from French.

The People’s Democratic Republic of Laos locates in Southern East Asia and is a landlocked country geographically. The socialist state of Laos has borders with China, Myanmar, Thailand, Vietnam, and Cambodia.

From the 14th to 18th centuries under the name of the kingdom of Lan Xang, the present Loa was one of the richest kingdoms in South East Asia.

Its geological location among other countries benefited it in overland trade and the kingdom became an affluent country. Internal conflict cause division in Lan Xang’s kingdom and the country divided into three separate territories.

After the division, the territories of Laos became French protectorate territories. Under the French colonization, the three territories unified and formed today’s Laos.

After the Second World War, France again colonized Laos and in 1953, it gained complete independence with a constitutional monarchy.

Under the King Sisavang Phoulivong, a civil war broke in Laos. The post-independence civil war started with communist party resistance against the monarchy.

Laos is one of the fastest-growing economies in Southeast Asia and Pacific with annual GDP growth averaging 7.7% since 2009 according to the World Bank.

It is exporting electricity power gained from its flowing rivers to its neighboring countries such as Vietnam, China, and Thailand.

One of the main factors in Laos’s economy is tourism. Tourism in Laos has experienced an extensive and rapid growth from 80,000 international tourists in 1990 to 1.876 million in 2010.

According to data from 2010, 1 job out of every 10.9 jobs, was in the tourism sector. Architecture, history, and natural beauties are the main factors in tourism attraction.

Buddhist and colonial architecture are the two main characteristics of its architecture attraction for tourism. In 2013, this country received the “World Best Tourist Destination” title for its combination of architecture and history from The European Council on Trade and Tourism.

Flag of the Republic of Guatemala

Fri Jul 31 , 2020
The flag of Guatemala consists of two colors. These Maya are blue and white. It also has two celestial blue bands representing its two oceans, the Pacific Ocean and the Atlantic Ocean. White means peace and purity. The colors blue and white are based on the flag of the former […] 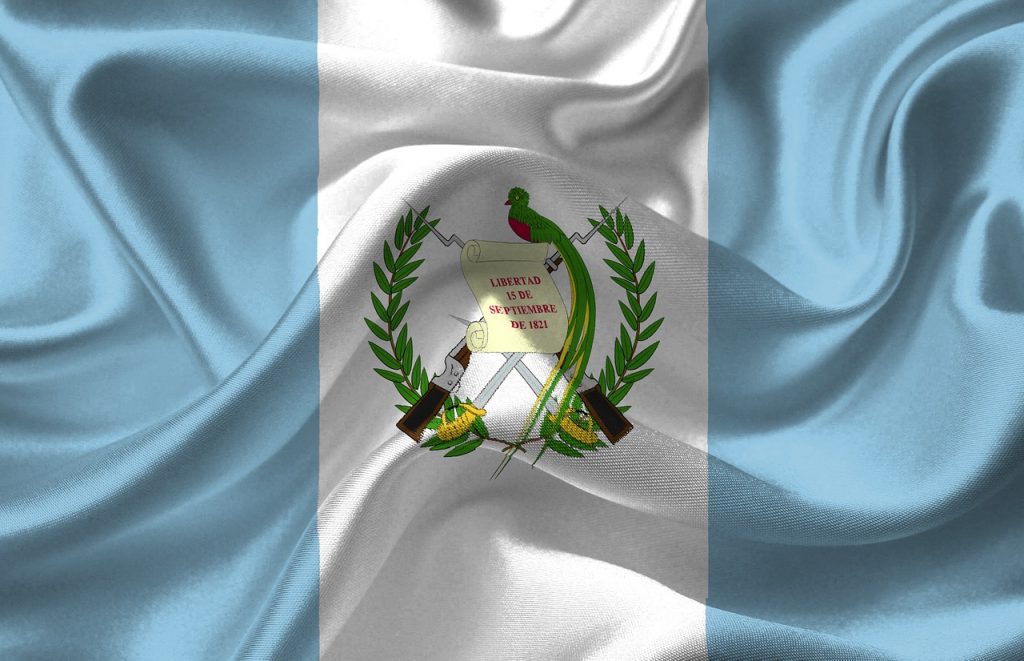