Both Nisshōki and Hinomaru have associated with the sun; the first means “the flag of the sun” and the second means “circle of the sun”.

Initially, officials and merchants used the national flag of Japan when they open the gates for international trade proposes and eased foreign policy isolation.

The flag would represent the diplomatic services and interests of Japan in an international context. Japanese ships used the flag as an ensign including the national flag but each one at different times.

The year in which the Diet (Parliament of Japan) officially adopted the national flag of Japan was 1999. In the same year, also the national anthem received official recognition.

Usage of the national flag and also national anthem in a public school in Japan is a quarrelsome matter.

History the flag of Japan

As Japan started to build its empire, the usage of the national flag of Japan became more frequent. Japanese used their national flag to celebrate First Sino-Japanese and Russo-Japanese Wars victories.

As Japan paced to imperialism, the usage of national flag especially in every parade in the hand of every Japanese was seen. During this period, officials used the national flag of Japan in propaganda and patriotism became a must taught the subject in schools.

They printed and presented Hinomaru in the school textbook and the daily worship of the emperor with the display of the flag become a usual happening.

During the Second World War in the colonized regions of imperial Japan such as the Philippines, Indonesia, Manchukuo, and Korea, the people must have used the flag.

Although in some of these colonized countries, they had Permission to use their local flags, in Korea, they used only the Japanese flag and symbols.

Design of Hinomaru (flag of Japan)

The prime minister made two announcements when for the first time in the country official made a role for the flag.

The first announcement said how the flag is made and the second declared how to use it. In those two proclamations, he perfectly measured everything. The sun disc was perfectly in the center.

When Diet passed the National Anthem and National Flag law, the size of the flag changed though the size of the sun disc remained the same. The background remains white while the red color slightly altered.

Symbol and colors in the flag of Japan

They believe the ancestor of the first emperor of Japan, Jimmu is the sun goddess Amaterasu.

People still believe the emperor is the son of the sun. The other popular name of Japan” Land of the rising sun” also tells about the connection of the sun and symbols on the flag.

Surrounded by water—an island country—Japan lies in East Asia and northwest of the Pacific Ocean.

Three out of four of Japan’s terrain is mountainous and it is an extensively urbanized country.

Under an emperor in Heian-kyō, in the 4th and 9th centuries, the Kingdom of Japan unified. From the 12th century on, a series of political happening handed Japan’s administration to three different parties; military dictators which are known as Shogun in Japan; Feudal lords, and military nobility (Samurai).

Finally in 1854 American expedition under the name of Perry Expedition forced Japan to end foreign policy isolation which led to the end of the Tokugawa shogunate and Meiji restoration period.

Modernization and industrialization in western-style started in the Meiji era in Japan.

In 1937 Japan invaded China and in World War II, it fought as Axis Power. The defeat in the Pacific Ocean and the two atomic bombings brought Japan under Allied Occupation.

After its surrender, Japan has adopted the post-war constitution and since then maintained a unitary parliamentary constitutional monarchy.

Kings in Japan, officially known with an English name—the emperor—is the head and also the symbol of unity of the state.

From just a ceremonial role to a real imperial ruler, the Japanese emperor’s authority has been in fluctuation.

Currently, the emperor does not have executive authority and his power is limited to important ceremonial tasks only.

Japan is one of the leading economies among the developed countries in the world.

Its ranking position among the economic powers lies in the third row in terms of nominal GDP and fourth in terms of purchasing power parity.

China, the USA, South Korea, Australia, Hong Kong, Thailand, and Saudi Arabia are the main market for export and import of Japan’s economy.

Some other major industrial companies in Japan are de Canon Inc, Toshiba, and Nippon Steel.

Other industrial products of Japan are food, ship, metal, chemical substances, and textiles.

One of the very profitable industries for the Japanese economy is tourism. The revenue from tourism in Japan is three-quarters of its total economic output.

One thought on “Flag of Japan”

Flag of the Federal Democratic Republic of Nepal

Wed Jul 22 , 2020
Nepal is the only country in the world that its national flag is non-quadrilateral. The national flag of Nepal functions both as government and civil flag. Its flag is consists of two pennons. In 1962 when Nepal adopted a new constitutional law, it adopted the current national flag. Two pennons […] 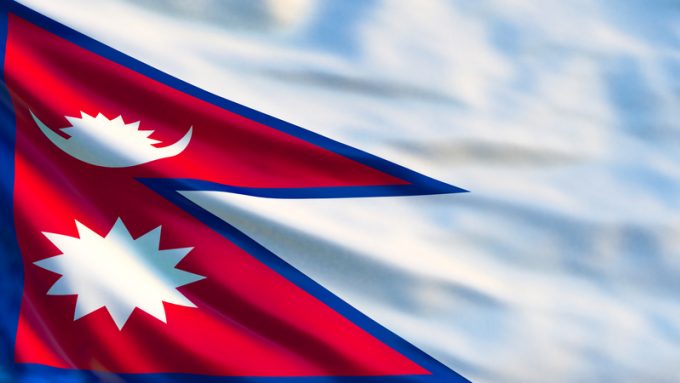