The flag of Italy has an ancient history that dates back to the 12th century.

The Italian flag, often known in Italian as the “national tricolor flag”. Consists of three colors green, white, and red with equal characteristics that are vertical.

Some of the values attributed to the three colors of the Italian flag. Include Green as a plain and hill, white as the snow-capped peaks of the Alps, and red as the bloodshed.

The Italian flag called the tricolor national flag in Italy. Its first use in its current form dates back to 1946.

The first evidence of the use of the colors of the Italian flag dates back to August 21, 1789.

At the time, protesters wore a circular symbol of white, red, and green on their clothes.

A group of students at the University of Bologna used the tricolor. To indicate their alignment with revolutionary ideas, in November 1794.

The tricolor flag, derived from the French flag. A local government used it in Italy, in the 18th century, in 1796.

Thus, the Italian flag inspired by the French flag. Later, during the reign of Napoleon Bonaparte, they used the tricolor flag as the flag of Italy.

the Fourteenth Parliament of the Republic of Cispadan hoisted in January 1797, the Italian tricolor.

After that, the Italian tricolor flag was used many times in different periods, until the birth of the Italian Republic in 1946.

The Italian flag designed and approved in its current form.

Italian created the current flag of Italy on June 19, 1946, when it became a republic.

But this flag was never hoisted as a civilian flag until 1797.

The Italian flag has many changes over time and history.

In the early 19th century, in many parts of Italy. They chose the three colors of green, white, and red as their official flags.

These colors are inspired by the three colors of the French flag. The reason for this influence from France dates back to the reign of Napoleon in northern Italy.

When Napoleon ruled northern Italy, the French flags had a profound effect on the official flags in Italy. Finally, the Italian tricolor officially became official in 1798. Approved by the Republic of Cisalpine.

There has always been debate about the meaning of the Italian flag.

Some people think that the choice of these colors has military roots, but ordinary people prefer to have more romantic interpretations of the colors of this flag.

The most popular interpretation take from the colors of the country’s flag and accepted as a fact in ETA is that:

These colors represent Italy itself.

There is also a religious interpretation of these colors that green: hope – white: faith – red: charity.

Of course, green is more important and for it, this color is close to the flagpole.

The Italian people are so sensitive to the color of their country’s flag.

When President Silvio Berlusconi proposed a slight change in the color of the flag, People called him the “Leading Color Coup.”

People are designed so that the three colors of their flag are present in their ingredients.

For example, in a type of pizza, the tomato sauce is red, the mint sauce is green, and the pizza cheese is white.

About the Republic of Italy

Italy, also officially known as the Italian Republic, is a country located in southern Europe.

Italy is located in the middle of the Mediterranean Sea and has unlimited borders with France, Switzerland, Austria, and Slovenia.

It also shares borders with small states such as the Vatican and San Marino. Also, shares a blue border with Croatia.

The country covers an area of more than 300,000 square kilometers and has a Mediterranean climate.

Italy’s population of 61 million has made it the fourth most populous country in Europe and the number one in southern Europe.

The Etruscans were ruled by the Greeks and then the Romans in ancient times.

In the Middle Ages, Italian control was in the hands of the popes, the Franks, the Byzantines. Then the Arabs and Normans for some time.

Among the many problems posed by the Italian Union (1848-1870), what seemed most urgent was the unification of a land that was politically and economically very different.

The use of the administrative structures of the Savoy monarchy over time exacerbated previous disputes between different regions of Italy, which in turn sparked a wave of rural migration to North and South America.

From an economic and social point of view, the pre-Union period until the beginning of the First World War was accompanied by the phenomenon of the country’s overall growth.

Relying on a positive international situation, made it possible to reorganize the financial situation and government structures.

Expand the contribution to industrial progress and development. In this regard, of course, benefited from the generous assistance of foreign capital.

The social conditions of the country, which were accompanied by the aforementioned differences between rural and urban areas.

It marked the early years of the “industrialization of the country” and the first steps towards a new social structure with the formation of political parties.

The rise of these political parties had a profound effect on the subsequent historical periods of Italy.

Following the acquisition of the right to vote by Italian citizens in 1913, the process of political unification of the country was completed.

The international image of Italy, which had become more harmonious and modern with the reforms. It began the day after the day of unification, became more prominent and modern.

On the eve of World War I, Italy changed the landscape of the time. It entered the war alongside the allied powers of France, Britain, and the United States.

Following the Versailles Peace Conference in 1919, he acquired the northern regions of Trentino, Tovadie, and Ventria Julia.

Although Italy had emerged victorious from the struggle. It had become so economically disturbed by the pressures that the governments of the time could not lead it to positive results.

At this time some political organizations emerged that later had a profound effect on the future of the country for decades.

Including the Nation Party (1919) which later transformed into the Christian Democratic Party, the Socialist Party, the Communist Party led by Gramsci.

It was founded (1921) and the militant classes formed by Mussolini (1919). Later transformed into the National Fascist Party in 1921, bringing Mussolini to power.

In 1925, with the banning of all other parties, the period of the fascist regime began, which, with its authoritarian policy and under the guise of nationalism, brought about radical changes in the life of the country and restricted political freedoms.

The regime reached an agreement with the Vatican (1929) to prevent hostility from the Catholic Church.

In those years, serious measures be strengthen and develop industrial and agricultural activities.

In foreign policy, Mussolini sought to establish his prestige by relying on expansionist policies and allied powers.

Culminating in an alliance with Germany and the entry into World War II (1945-1940) against the Allies and the subsequent fall of the fascist regime following its failures. It was the military.

The restoration of democracy and the administration of the difficult situation of the country after the end of the war and the attempt to destroy everything. It was inherited from the fascist regime led to the formation of the Constitutional Assembly.

The “Republic of Italy” was born on July 2, 1946, following the referendum, and this date became a national holiday. The new constitution came into force on January 1, 1948.

After the war, Italy made great efforts to get closer to Western countries.

In this regard, joined the “Atlantic Alliance”, which is a military defense organization and formed at the initiative of the United States and most Western European countries joined.

At the European level, Italy at that time was one of the countries that did its best to integrate Europe during its various stages, both economically and politically.

8 thoughts on “Flag of the Republic of Italy”

Flag of the Republic of Belarus

Tue Aug 11 , 2020
The Belarusian people changed the current national flag of Belarus on June 7, 1995, following a referendum. The new plan replaced a historic flag used by the Republic of Belarus in 1918, before Belarus became a Soviet republic, and relocated again after gaining independence in 1991. The current flag is […] 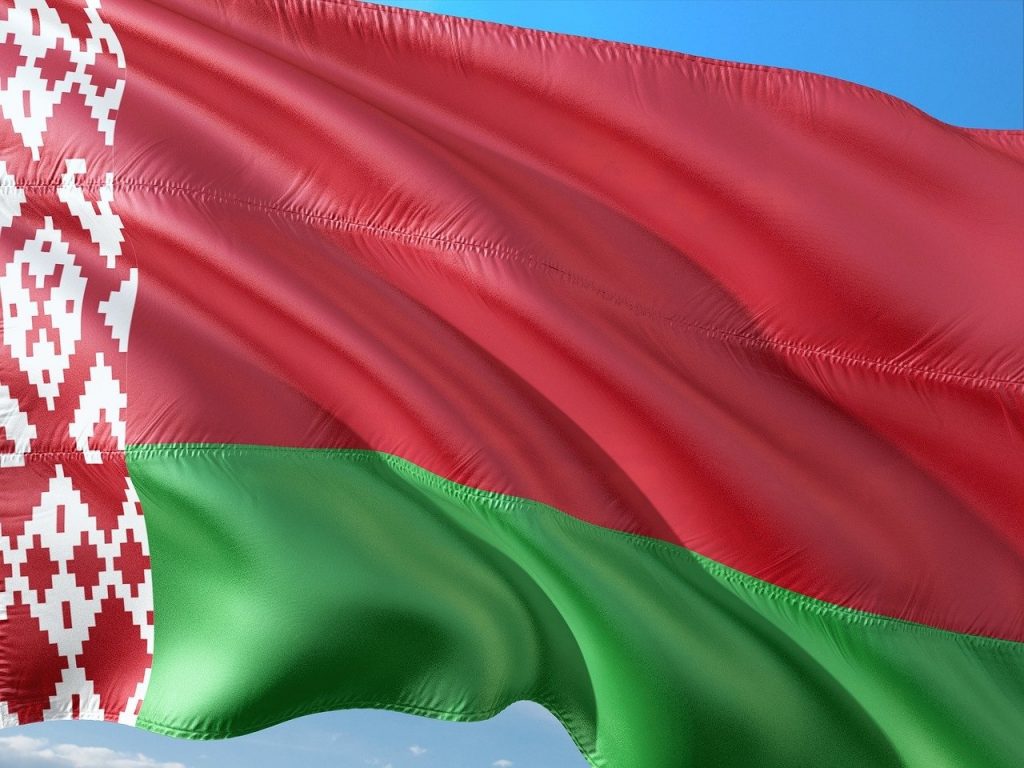