The United Arab Emirates flag was adopted on December 2, 1971. The flag consists of four colors red, white, black, and green. These colors are the colors of Pan-Arabism and are a symbol of Arab unity.

The most important element of the UAE flag is the importance of the four colors in its design. These colors show different attributes such as unity, peace, and happiness.

In addition to the UAE flag, these colors are in the flags of Libya, Egypt, Syria, Kuwait, Jordan, and Iraq.

History of the UAE Flag

The first flag of the United Arab Emirates was adopted on December 2, 1971.

Abdullah Muhammad al-Medina designed the flag in the same year by , and the theme of the flag revolved around the unity of the Arab nations.

But this is not the first flag the UAE has used. Initially, the UAE had a flag with various banners.

During the 19th century, six Emirati people came under British Protestant rule, and they added the white part of the flag to the hoist.

Abu Dhabi also highlighted its flag with a white rectangular background in the upper left corner.

It should be noted that until the 1950s, when the word Emirates was added to the flag in white Arabic script, the flag of Fujairah was red.

Ajman and Dubai had the same flags; Which showed a red background with a white vertical stripe on the lift.

The Ras al-Khaimah and Sharjah regions also had similar flags, representing a large red rectangle centered on a white background. Finally, ML Quinn had a flag with a red background and a white star and crescent moon in the center.

The meaning and colors of the UAE flag

The color of the UAE flag is base on the colors of Pan Arab. Green, white, black, and red can be seen on the flags of many Arab countries.

Three horizontal stripes in green, white, and black from top to bottom and a vertical red stripe at the waving flag form the design of the flag.

The red color of the flag means the courage, endurance and bravery of the people of the UAE, and the red vertical bar means the unity of all the sheikhdoms under a single flag.

The green color of the UAE flag means hope, love, development, and happiness of the UAE country.

White means peace and honesty and black means the power and defeat of enemies. The national motto of the UAE is Allah, Al-Watan and Al-Rais.

The flag of the United Arab Emirates has a ratio of 1 to 2 and is as a national, land, and sea flag.

Use of the UAE flag

About the United Arab Emirates

The UAE is located in southwest Asia and is located on the Arabian Peninsula. It borders Qatar and Saudi Arabia to the south and Oman to the east.

The UAE has the largest oil reserves in the world and in general the GDP per capita in this country is very high.

The country has an area of about 83,600 square kilometers . The UAE has a desert climate and the eastern part is mountainous and colder.

The UAE made up of seven sheikhdoms and established on December 2, 1971, as a federation.

These seven sheiks were formerly known as the beach of thieves, referring to the treaty established with Britain in the 19th century.

Archaeological finds in the UAE show a history of human habitation and migration that spans 125,000 years.

The land  was formerly home to the Magan people, others  known as the Sumerians, who worked with both coastal cities and bronze miners and local miners.

The rich history of trade with the Harapan culture of the Indus Valley is also evident in the discovery of jewelry and other items, as well as extensive early evidence of trade with Afghanistan and the West, as well as the Levant.

From the Iron Age and the subsequent Hellenistic period, the area has remained an important coastal trading post. As a result of the wars of apostasy, the region was Islam in the 7th century.

Small commercial ports along with inland gases such as Liwa, Al-Ain, and Zaid and the tribal community have kept pace with the coastal population.

Today, the UAE is an oil-exporting country with a diverse economy, with Dubai in particular developing into a global hub for tourism, retail, and finance.

The official language of the country is Arabic and English, Persian, Urdu and Hindi are widely used. The official religion of this country is Islam, which comprises about 96% of the people.

16% of the population are Shiites, 80% are Sunnis and 4% are other religions. According to historical narrations, Islam in the first century AH. It was reached by Amr ibn As, who was sent to this region by the Holy Prophet (PBUH).

The 96% Muslim population of this country includes different religions such as Hanbali, Shafi’i, Maliki, Shiite and Wahhabi minority groups, and this religious diversity can have a great impact on its social and political context.

The UAE hijab is often in a free state, but people believe that they try to have a full hijab.

In UAE culture, men rank higher and women often have to be controlled by men. The business culture is very strong in this country.

The UAE is a country in Southwest Asia, located in the Middle East and in the eastern part of the Arab world.

The United Arab Emirates borders the Gulf of Oman and the Persian Gulf and is located between Oman and Saudi Arabia.

The country is located in a strategic location near the Strait of Hormuz, the world’s major oil transportation highway

Geography of the United Arab Emirates

The UAE land border with Qatar in the Khor Al-Odeid region is disputed between the two countries.

The length of the UAE coastline is 1,318 km. The country’s naval claims include 12 nautical miles of the territorial sea.

As a continuation of the Saudi Arabian Quarter Desert, most of the UAE is desert; With large, flowing sand dunes.

The coastal areas of the UAE in the Persian Gulf are low and flat, while the Stone Range dominates the northeast of the country.

Mount Mabrah (Mount Iber), the highest point in the country, is located there, its height reaches 1727 meters. The UAE has no significant rivers or lakes. It has many small islands in the Persian Gulf.

The main cities of the UAE are located next to the estuaries. Estuaries are tributaries of seawater that have entered the land.

These estuaries provided a bedrock for fishing and pearl fishing in the pre-modern period.

The most famous of these is the Dubai Creek, which in ancient times stretched as far as the Al-Ain oasis, and the Greeks called it the Zara River.

Flag of the Democratic People's Republic of Korea

Wed Sep 9 , 2020
The North Korea flag was formed on September 8, 1948. The red star on the flag is a symbol of communism. The flag formed in 1948 when North Korea became independent as a communist state. This flag consists of two colors, blue and red in the background. History After the […] 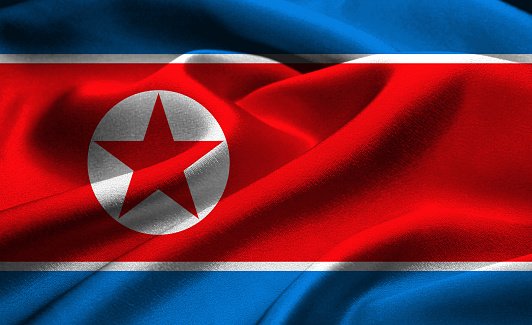