The Eritrean flag is one of the youngest flags in East Africa. The modern flag is a clear reflection of the nation’s history, as it combines the main flag of Eritrea with the flag of the Eritrean People’s Liberation Front, a political organization that played a key role in securing the country’s independence.

Eritrea and Ethiopia were both occupied by the Italians between 1935 and 1941. Before World War II, Eritrea was more developed and prosperous than Ethiopia.

After Italy’s defeat in the war, Ethiopia returned to the pre-Italian feudal monarchy, while Eritrea was ceded to modern-day Britain under UN rule in 1949. The rise of Arab nationalism in the 1940s prompted Muslims to demand independence from British rule.

Ethiopia, meanwhile, tried to claim Eritrea by calling it a “lost state.” Several officers suggested that Eritrea be divided into two parts: the Christian region for integration into Ethiopia.

Muslim region to Sudan. Following international debate and Allied intervention, the United States, with the consent of the United Kingdom, adopted a resolution establishing the Autonomous Federation of Eritrea with Ethiopia in 1950.

On September 15, 1952, Eritrea became independent from British rule and became an autonomous part of Ethiopia.

Because the United Nations helped the country gain independence from British rule, the 1952 Eritrean flag was designed with a light blue background in honor of UN assistance.

At that time, the flag had an olive wreath as a symbol of peace. The corolla is surrounded by a six-leaf clover that represents Eritrea.

After the start of the Eritrean civil war in 1961, Ethiopian Emperor Haile Selassie banned the Eritrean flag, emblem, and other government seals from public places. He annexed Eritrea in 1962 with the approval of the United Nations.

The Eritrean People’s Liberation Front fought for its independence, and in January 1977, the party adopted its official flag. The current Eritrean flag is similar to the official party flag.

Following the declaration of Eritrea as an independent state, the flag modified and its first official hoist took place on May 24, 1993.

In the red triangle, a gold wreath symbol with 14 leaves on each side, taken from the 1952 flag, replaced the gold star of the Eritrean Liberation Front flag.

In 1995, the number of leaves on this wreath became standard: 30 leaves symbolize the number of years spent in the Civil War before independence. The ratio of flag length and width changed from 2: 3 to 1: 2.

On the contrary, the coins show that a group of Eritrean Liberation Front fighters raised the national flag and the slogan “Freedom, Equality and Justice” in English.

The current Eritrean flag has a red triangle that stretches from the lift to the fly and two triangles that stretch from the fly to the lift at the top and bottom.

The top is a green triangle, while the bottom is a light blue triangle. A golden wreath surrounds an olive branch in the center of the red triangle.

The Eritrean flag is an adaptation of the flag of the Eritrean People’s Liberation Front, which shows the importance of that group in the history of the country.

Three triangles are from that flag, but the wreath and olive branches from the main flag of the country are in honor of the country’s history.

This flag has three triangles of three different colors: red, green and blue. The equilateral red triangle is on the side of the lift and its point is on the fly side.

There are two right triangles on either side of the red triangle and both are on the side of the fly.

The red triangle dot separates the bases of the green triangle on the top side and the blue one on the bottom side. Also, the red triangle has a vertical olive branch surrounded by a crown of olive flowers. The branch and wreath are towards the flag.

The Republic of Eritrea

Eritrea, officially the Republic of Eritrea, is a country on the Red Sea coast in northeastern Africa and close to the Bab al-Mandeb Strait, which became independent from Ethiopia in 1993. Its capital is Asmara.

The country has more than 900 km of coastline on the Red Sea. The name Eritrea derived from the Greek word meaning “red land”.

The Italian colony of Eritrea established in 1890 off the coast of Ethiopia and the lands claimed by the Ottoman Turks.

Eritrea was used by Italy as a base for the conquest of Ethiopia (1935-1936). It came under British rule in 1941 when the Italians were expelled from East Africa.

In 1952 the country formed a federation as an autonomous state with Ethiopia. In 1958, a group of Eritreans founded the Eritrean Liberation Front. The organization consisted mainly of students, professionals and intellectuals.

The organization intended to resist the centralist policies of the Ethiopian Empire by carrying out covert political activities. On September 1, 1961, the Eritrean Liberation Front, led by Hamid Idris Owate, launched an armed struggle for independence.

Eritrea’s war of independence with the next Ethiopian government lasted for 30 years until 1991. When the People’s Liberation Front of Eritrea (successor of the Liberation Front) defeated Ethiopian forces in Eritrea and helped a coalition of Ethiopian rebel forces take control of the Ethiopian capital, Addis Baba.

The Eritrean People’s Liberation Front (EPLF) took control of Eritrea in May 1991 and ruled the transitional government until the country’s constitution adopted.

A referendum in Eritrea in April 1993 approved independence by an overwhelming majority, and the country scheduled to achieve full independence on May 24, 1993.

The Eritrean People’s Liberation Front seized power and established a one-party government with a nationalist policy, banning any political activity.

The Ethiopian-Eritrean conflict continued after the country’s independence, and in May 1998 the East African region witnessed a border clash between the Eritrean and Ethiopian armies, the initial pretext for which was a 400-square-kilometer border claim It was also an economic value and a strategic position.

The border conflict resulted in heavy casualties, and in February 2001 the two sides signed a reconciliation and ceasefire agreement in Algiers, although relations between the two countries have been strained since then due to the non-full implementation of the agreement.

The Border Commission in The Hague issued a decree in 2002 declaring the village of Badmeh, the site of the border conflict between the two countries, to belong to Eritrea.

The country’s economic approach has been more closely examined through export products. In the inflation rate for Eritrea, the inflation position is estimated above 5.15%.

Export products to Eritrea Live animals and corn are examined. On the other hand, food is also exported to France to a certain extent. Products imported into Eritrea include machinery and petroleum products.

On the other hand, the insufficient rate of Eritrea has improved better than the rate seen in the financial resources sector for Eritrea; Includes many dependencies.

Food in this country is not of high quality and the economic approach needs to be carefully considered. Eritrea’s GDP is based on a scientific approach, but its economic analysis is based on its ideal situation.

Eritrea borders Sudan to the north and west and Ethiopia to the south, bordering the Red Sea and more than 900 km off the coast of the Red Sea. The country has a definite archipelago and naturally has a special plateau, it is clear that the lowlands are seen for this part.

The climate of Eritrea is studied in the hot and desert coastal areas of the Red Sea. The central highlands of the country are cooler and lower and semi-desert conditions are for this country.

Also, the rainy season for Eritrea considered being a good time between February and April. Most of the rainfall for this country is in the coastal areas, but the rainfall time is from June to September.

In general, in the geography of Eritrea, the urban location has been formally examined.

Eritrea borders Sudan to the north and west and Ethiopia to the south, bordering the Red Sea and more than 900 km off the coast of the Red Sea. The country has a definite archipelago and naturally has a special plateau, it is clear that the lowlands are for this part.

The climate of Eritrea is studied in the hot and desert coastal areas of the Red Sea. The central highlands of the country are cooler and lower and semi-desert conditions are for this country.

The rainy season for Eritrea considered being a good time between February and April. Most of the rainfall for this country is in the coastal areas, but the rainfall time is from June to September.

The 10 cities of Eritrea are Musa, and they have a good visiting position. In general, in the geography of Eritrea, the urban location has been formally examined.

The 10 cities are very important for the country of Eritrea. They have a special central location and examined under the supervision of urban groups.

Flag of the Russian Federation

Sun Jan 3 , 2021
The Russian flag consists of horizontal white, blue and red stripes. It was adopted on December 11, 1993, after the constitutional crisis. This flag, although simple in design, has a deep meaning for the Russians. Every August 22, the country’s streets are covered with flags to celebrate their country. History […] 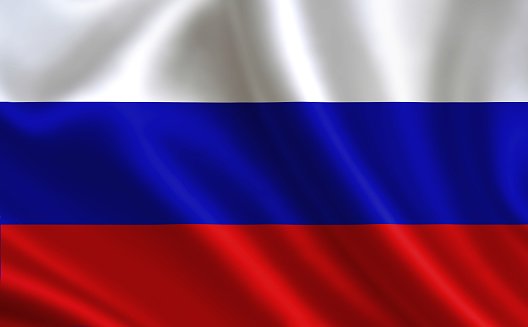