The colors of the flag reflect the features and landscape of Central America.

History of the El Salvador Flag

The first flag dates back to the 16th century. Between 1535 and 1821, the date of the country’s independence, the flag consisted of a red cross on a white background.

This belonged to the Spanish colonies, which was also used in El Salvador. From 1821 to 1823, El Salvador was part of the first Mexican Empire in Central America, and the El Salvador flag was affected.

In 1823, the first federal republic of Mexico replaced the previous empire, so from 1823 to 1841, the flag became three horizontal blue and white stripes.

From 1839 to 1875, the flag consisted of blue and white horizontal lines with nine stars in the upper left corner of the flag on a red background. 5 stars were added to the flag in 1875, and the flag of present-day El Salvador has been in use since 1912.

There is a triangle on the national emblem that symbolizes the three parts of the government of El Salvador.

Five volcanic islands have emerged from the ocean as a national symbol. This design is taken from the volcanic mountains of Cordillera de Apaneca volcanic.

Of course, these five volcanic islands also symbolize the five member states of the Union of Central American States.

In the center of the design, a frigid hat can we see on a pole in the heart of the sun on the horizon.

A rainbow also appears on top of this hat, which is a sign of peace. Among the rays of the sun, we see the history of El Salvador’s independence (September 15, 1821). In the space around the triangle, five flags in blue and white can also be seen.

Also, we can see a scroll with three words written on it (Dios, Union, Libertad). These words mean “God, unity, and freedom.”

In the national emblem of El Salvador, we see a wreath of green leaves adorned with a slender ribbon. This wreath is a symbol of unity. The 14 parts in the wreath also symbolize the number of ministries in El Salvador

Colors of the Flag

Blue and white are the main colors used in the design of the flag.

The top and bottom bars are blue and the middle bars are white. Royal blue is used in the flag as a symbol of the blue of the Pacific Ocean and the sky. White is also a symbol of peace and unity in the land of El Salvador.

Blue and white are the main colors of the flag. But there are many colors in the national emblem of this country.

In addition to blue and white, green, gold, red and several other colors can be seen in the design of the unique symbol of the national emblem of this country.

El Salvador was a leading producer in the world during this early time period.

Other know the Salvadoran flag as the Tierra de Volcanes Soberbios, which means Land of Superb Volcanoes

The flag is based on the flag of the United States of Central America.

Unauthorized use of the flag will result in a monetary fine.

There are three classes and sizes of national flags in El Salvador they consist of:

El Salvador is the smallest republic in Central America, bordering Honduras to the north and east and the Pacific Ocean to the south. It is generally restricted from the west to Guatemala.

In this region, imported products have reached 7.4 percent. Imports and exports in this country have their own flows and have formed the right economic environment and financial resources.

The country’s economy is mostly focused on fuel and food, and there is good growth in this area. El Salvador’s global ranking in the field of health has reached a certain level of 71%, economic rankings in this country have changed the existing differences.

The atmosphere of international funds in this country has exceeded the usual level, and this issue raises the necessary expectations. Various governments monitored Industry in this country.

More than 1.6 million immigrants live in El Salvador, which has made the country’s policy tougher and more influential. In general, the foreign policy of the government of San Salvador has increased this burden.

The president has high regard in El Salvador and others call him head of state.

El Salvador was conquered in 1525 by a group of Spaniards, generally led by Pedro de Alvardo. Thus, since 1821, El Salvador has been separated from Spain and occupied by part of Mexico.

Sun May 31 , 2020
History of Ethiopian Flag All Ethiopian flag have featured stripes of green, yellow, and red. The first rectangular flag was adopted in 1897. And it resembled the modern flag with the disc and star replaced with a crowned lion that carried across. It changed slightly in 1974 after Haile Selassie […] 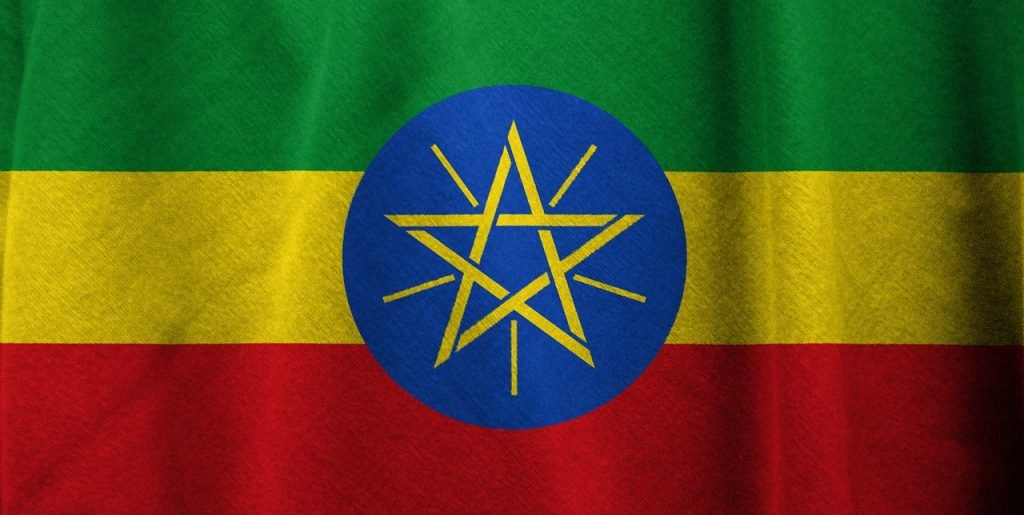