The Cuban flag has its roots in several countries. Its design story is legendary, as are many national flags in the origin stories. It seems that love for the country creates flag makers to create a symbol with deep meaning for themselves and their compatriots.

The Cuban flag made up of five alternating horizontal blue and white stripes, and to the left of the flag is a red equilateral triangle with a five-pointed white star in the middle. This flag designed in 1849 and adopted on May 20, 1902.

The history of the Cuban flag dates back to the 19th century when Narciso Lopez moved from Venezuela to Cuba. He involved in anti-colonial movements and was eventually exiled. Even while living in New York City, he continued to fight for Cuban independence.

The first use of the flag was in 1850 when Lopez staged a coup to liberate Cuba. The attempt failed, but it was in that year that the city of Cardenas raised the flag for the first time.

Until 1902 when the flag was officially adopted. This happened on May 20, the day the nation gained independence. The flag hoisted over the castles of Tres Reyes del Morro in Havana.

The design specification created only four years later and to this day, the flag remains unchanged.

The flag of Cuba has colors and symbols that have been chosen to show the history and ideals of the country at the time of its establishment. The three stripes of these ribbons symbolize the three parts of Cuba that the nation is divided into. Other strips are designed to symbolize purity and light.

The triangle on the flag goes back to the French Revolution and shows equal brotherhood and equality. Red symbolizes courage and bloodshed, while the star represented Cuba as a new country that should be in the United States.

Cuba was internally divided at the time of the flag, which shows the three blue stripes. The white stripes said to reflect the purity of free Cuba. The star was centered to represent a new state that wanted to be part of the United States. The red triangle represents the revolution inspired by the French Revolution and its flag.

The Republic of Cuba

Cuba is bordered by the United States to the north, Haiti to the east, the Bahamas and the Turks to the northeast, Jamaica to the south, and Mexico to the west. Cuba has one of the most diverse cultures in the Caribbean.

The culture of Hispanics, African slaves, and Caribbean tribes has influenced its culture over the years.

Discovery and colonization of Cuba

The island of Cuba is the largest island in the entire Caribbean Sea, it located in the southern United States and eastern Mexico.

From the very beginning of the colonization of these islands, due to the undisputed and all-round superiority of the European conquerors, the people of these areas were enslaved in order to strive for the progress of the Spanish Empire.

One of these jobs was working in mines and farms. Cuba was a good place to grow a variety of agricultural products, including sugar, tobacco, and coffee, due to its favorable climate and fertile land.

So large numbers of these people employed on these farms. Gradually, as work expanded, the Spanish Empire began to trade slaves and bring black slaves from Africa to Cuba.

Cuba in colonization, war and progress

Cuba could have been a very important naval base for Spain due to its convenient geographical location, and so it was, and the port of Havana was always an important base for the Royal Spanish Navy during the colonial period. On the other hand, the trade of sugar, coffee, tobacco, etc.

In the age of pirates, Spain always used Havana as a base against these pirates.

Cuba continued to develop during other colonial periods, with the construction of the University of Havana in 1728 being an important step in the development of the island. During the colonial period, important wars broke out over Cuba and the region between the powerful empires of the time, including the “Jenkins Ear War”, which lasted from 1739 to 1748, and included important battles throughout the Caribbean. The whole Caribbean region witnessed a war between the Spanish Empire and the British Empire.

The highlight of this war for Cuba was the Battle of Havana in 1748, which, despite the tactical victory of the British Empire, escaped capture due to stubborn resistance.

This war ended almost in vain, despite extensive battles. Wars continued throughout the Caribbean, and in 1756 another great war broke out between the European powers, known as the Seven Years’ War, which engulfed not only Europe but also the Americas.

In the battles of 1762-1763, with the fierce invasions of the British Empire, Havana and important parts of Cuba were finally occupied by the British. At the end of the war, Spain agreed to cede important territories, including Florida, to the British Empire in exchange for Havana.

With the wave of independence of the colonized nations, Cuba joined the ranks. The Spanish government initially sought to prevent Cuba from seeking independence by granting concessions, but these concessions failed and sparked a war between the Cuban people and their Spanish rulers.

The Great War, known as the Ten Years’ War, lasted from 1868 to 1878. In this war, Spain was able to preserve Cuba and prevent its independence.

This time, too, leaders like Maximo Gomez led the people, and the Cuban uprising and war of independence coincided with the Spanish-American War. During this war, Spain lost the Paris Peace Treaty of 1898 and ceded Cuba and other territories to the United States in exchange for money.

After independence, the country had a republican military, but the republic fell into dictatorship. Finally, in 1953, the communist revolution began.

In 1959, the dictatorial government collapsed and Fidel Castro became president and prime minister. One of his first tasks was to cancel all US intervention in Cuba and make the country truly independent.

Four million and 853 thousand people work in this country. The unemployment rate is 1.9 percent and the inflation rate is 3.6 percent.

Its exports include sugar, nickel, tobacco, fish, medical products, citrus fruits, and coffee, which exported to the Netherlands, Canada, China, and Spain.

Its imports include oil, food, machinery and equipment, and chemicals from Venezuela, China, Spain, Germany, Canada, Italy, the United States, and Brazil.

The population of this country is 11 million 394 thousand 43 people with an average age of 36.3 years.

Life expectancy at birth in this country is 79.43 years for women and 74.85 years for men.

Its total area, ie land, plus coastal and territorial waters is 110,860 square kilometers (42,800 square miles). Cuba is the eighth largest island nation in the world.

Cuba is located west of the North Atlantic Ocean, east of the Gulf of Mexico, south of the Florida Strait, northwest of the Windmill, and northeast of the Yucatan Strait.

The main island, called the island of Cuba, occupies most of the country with 104,556 square kilometers. The island is 1250 km long and 191 km wide at its widest point. Its width in the narrowest part is only 31 km.

The largest island outside the main island of Cuba is Isla de la Khobantud, located in southwestern Cuba and covers an area of ​​2200 square kilometers (850 square meters). There are more than 4,000 islands and islets in the Cuban Sea and bays.

The south coast includes archipelagos such as the Chardin Della Reina and the Canary Islands. The northeast coast covered by the Sabana-Kamagui archipelago, which includes the Hardens del Rey, and consists of approximately 2,517 islands and islets. The Colorado Archipelago is located off the northwest coast.

Havana is the largest city and capital. Other major cities include Santiago de Cuba and Camaguey. Famous smaller towns include Baracoa, the first Spanish town in Cuba, and Trinidad, a UNESCO World Heritage Site.

13 thoughts on “Flag of the Republic of Cuba”

Sat Jan 23 , 2021
The Venezuela flag is one of the youngest flags in the world, but there are several other flags of Venezuela that show the nation since its first independence. The modern flag is very similar to the older designs of the independence movements that flourished in the Spanish colonies during the […] 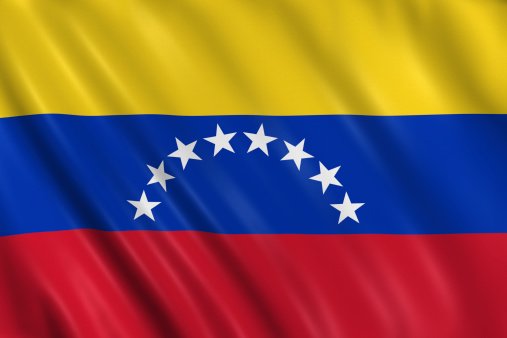