Since flags are sign and emblem of the specific purposes of particular entities, the Christian flag is of Christianity.

It is an ecumenical symbol of Christianity and Christendom around the globe. For the first time, the Christian flag was designed in the early 20th century to present all Christianity related entities.

Since the adoption of the flag in 1942 by the Federal Council of Churches in the United State, many Christian traditions have used the flag.

Those traditions are included but not limited to: Anglican, Baptist, Lutheran, Methodist, Moravian, Mennonite, Presbyterian, Reformed and Quaker.

There are two regions in the world where the Christian flag is most popular; Americas and Africa.

It was the Mainline Protestant denominations in the United State which accepted the flag first.

By the 1980s many institutions in the United State has described different policies on how to display the flag inside the churches.

Generally, the Christian flag design is based on a white plain background. There in the top left corner of the flag, exists a blue canton (a quarter of a flag especially in upper hoist side) with a red Latin cross on it.

The colors used in the Christian flag design are all of significant importance in Christian art in general and Christian religion in particular.

To this day it remains the representative color for all of the Christian high Holy Days, such as Christmas and Easter.

The canton on the top left corner is blue which characterizes heavenly grace.

It also represent the water of baptism likewise the faithfulness of the Jesus Christ.

In addition, the Virgin Mary often depicted wearing blue. According to Christian symbolism, blue also symbolize the color of the unclouded sky and the home of Christian.

The red color of the cross symbolizes the Holy Spirit. It is also the color of Pentecost or Whitsunday. Likewise, red represents the color of Christian martyrs who suffered death for their faith.

The idea of the Christian flag first was discussed in an improvised speech in a Sunday school class.

One day Charles C. Overton who was the superintendent of the school, was waiting for the lecturer whose name was already on the list for the day. Somehow the lecturer did not make it to the class.

Overton made an impromptu lecture and asked the students what it would look like if there were a flag representing Christianity. That idea did not leave Overton.

Several years later in 1907, he along Ralph Diffenderfer, the secretary of the Methodist Young People’s Missionary Movement, shared the idea. They designed and started promoting the design with regard to the Christian symbolism of the flag.

When Ralph Diffenderfer was promoting the flag, Lynn Harold Hough, a Methodist clergyman, wrote the first pledge of allegiance for the Christian flag. The following pledge is what he wrote:

I pledge allegiance to the flag and to the Savior for whose kingdom it stands; one brotherhood, uniting all mankind in service and in love.

Some of more conservative Christian traditions including Lutheran, Adventist, and Baptist churches and schools use a different version of the Christian flag. Their pledge is more detailed version of it

I pledge allegiance to the Christian flag, and to the Savior for whose Kingdom it stands; one Savior, crucified, risen, and coming again with life and liberty to all who believe.

Likewise, others use this version of the pledge:

I pledge allegiance to the Flag, and to the Savior for whose Kingdom it stands; one brotherhood uniting all [true] Christians, in service, and in love.

One thought on “Christian flag”

Mon Jun 22 , 2020
Vinland flag which is a Nordic cross flag or more specifically “the people’s technocratic republic of Vineland”. An American Gothic metal band Type O Negative designed it. The Vinland flag basically was a manifest of a variety of Peter Steele’s interests and political ideals. Such as Paganism, socialism, and nature […] 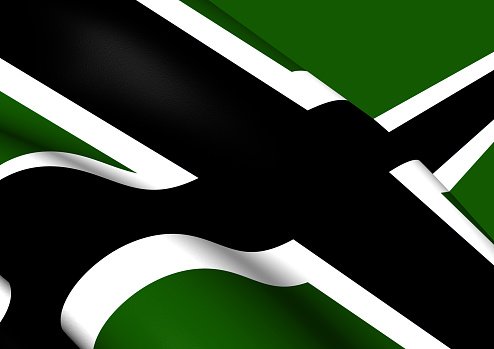