The Chinese flag is one of the symbols that has been almost stable for a long time due to the size of this country and the existence of different ethnicities and races.

The Chinese flag, like all other countries, has its own meanings and philosophy in its design and color.

The flag is a symbol of the communist country and its red color is one of the most traditional and oldest colors of the Chinese people.

The big star of the Chinese flag is a clear symbol of the Communist Party and the four small stars around it represent the social class of the people.

Regarding the color of the flag, it should be noted that red can be considered a sign of revolution in this country, and the golden color of its stars is modeled on sunshine and light.

It is no secret that the dragon has a special place in Chinese culture. In all celebrations, ceremonies, and all Chinese books and even movies, the symbol of the dragon can be clearly found.

In sports ceremonies and on the costume of the hero. The country’s sport can also be attributed to the Chinese people’s interest in dragons.

The first flag of China

One of the first flags in China was the Yellow Dragon Flag, which was used by the Qing Dynasty from 1862 until the overthrow of the monarchy during the Qing Dynasty. To the Communist Party, all dynasties and empires in this vast country were destroyed.

The yellow dragon flag, which had the appearance and use of triangular geometric shapes, was approved.

But in the last year of the Qing Dynasty, the rectangular version was approved instead of using a triangle, but with the destruction of this dynasty and the revolution in the country, this flag also disappeared in this country.

In 1895, a Chinese designer designed a flag for China, which was used by one of the most powerful parties in China. The designed flag had a blue background with a large white sun in it. The center was located.

In the early 20th century, during the Wuchang Uprising, various flags were used throughout the country. The blue and white flag was used in most provinces of China, but in some provinces, the flag with 18 stars was used. Took.

In the northern regions of China, several colors were used in the flag. The colors used in this flag consisted of red, blue, white, yellow, and black. The color was chosen in the country as the national symbol of the country.

In 1949, the final flag, and today China, was adopted and used. The name of this flag was named the Red Star of the Five Stars. This flag represents the symbol of the country and the chain of command of this country.

It may be interesting to know that the current designer of the Chinese flag is a working-class and poor citizen of this country.

Mr. Zheng Liasong from a city near Shanghai designed the plan and sent it to the ruling party.

Because the people at that time were strongly influenced by the Communist Party and its thoughts in the country. They had just become revolutionaries. Mr. Zheng Liasong designed a flag to pay homage to the country and for his patriotic feeling.

All of Mr. Zheng’s thoughts were on how and in what way he can make the new leader of China happy. When he stared at the sky, Mr. Zheng remembered a famous Chinese proverb that was the beginning of his design.

So, he designed this flag and placed a large star in the middle of the other stars to protect the Communist Party.

He used a symbol of hammer and pulley in his flag. It is the center of the stars. But the Chinese Communist Party, which did not want to look too much like the Soviet Union, removed the symbols from the flag. Mr. Zheng received an excellent reward from the Communist Party for his design.

Symbolize and colors of the Chinese flag

The symbol of the Chinese flag can be found in the meaning of its stars. In the meanings given to these symbols.

It is a symbol of revolution, communism, and the people, and the reality and practicality of this slogan in China should be investigated in another article.

Five stars next to each other means that the flag itself is a sign of unity between different social classes.

From the number chosen for this flag, it can be seen that in the rituals and customs of ancient China, the number Five has a special place among the numbers, and therefore this number is chosen for the stars.

The Chinese flag is made of red. It is a symbol of the ruling Communist Party and its state structure, and is even attributed to the red dragon.

The red color of the Chinese flag is also attributed to the revolution and the blood and war with the Japanese and the country killed in the war with Japan.

About the People’s Republic of China

The People’s Republic of China is the most populous country in the world with a population of nearly 1.4 billion people, or 19% of the world’s population.

China, with an area of ​​9.5 million square kilometers, is almost equal to the United States of America, one of the countries of South and Southeast Asia, which is one of the main tourist destinations in the tourism industry due to its ancient history and vast territory, as a result of cultural and climatic diversity.

After the beginning of the economic reforms of the Chinese Communist government in the 1970s and the lifting of the ban on foreigners’ travel to it, and with extensive investments in the hotel and transportation industry and other tourism infrastructure, the tourism industry grew rapidly until 2011.

China became the third most visited country in the world with 56 million tourists.
Estimates show that China’s revenue from the tourism industry reached more than $ 200 billion in 2012 and is increasing every year.

China is bordered to the southeast by the South China Sea and to the east by the East China Sea, bordered by Taiwan, Korea, and Japan.

China is one of the largest ancient civilized nations with a history of 5,000 years.

As you know, China originates from the Yellow and Yangtze Rivers, and according to ancient legends, “Pango” is the first living creature and creator of all Chinese mythology.

In fact, China dates back to about 4,000 years ago, dating back to the Shang Dynasty.

The history of this great country is generally divided into three periods: ancient, empire, and modern.

People and culture in China

The general culture of the Chinese people is a mixture of various subcultures that have grown up in this vast country, but after the establishment of the Communist Republic and the policy of cultural unification, many old customs and traditions were gradually forgotten.

Mao’s death and the start of economic reform and a look to the west of Beijing have also promoted consumerism among the country’s often poor people.

China is in fact a union of 56 different races and cultures that have spread across this vast land. Although more than 90% of the population is Han, other races also play a significant role in this country. Many Han people live around the Yangtze River and the Yellow River and are the largest living race in the world.

8 thoughts on “Flag of the People’s Republic of China” 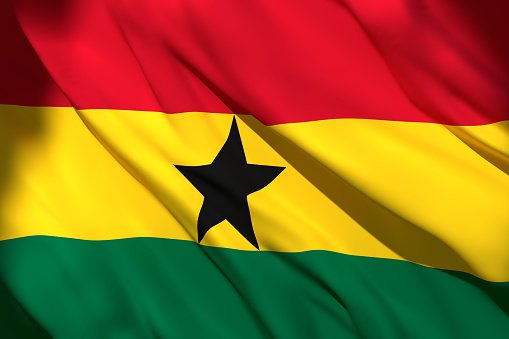