The Catholic flag also known as the official flag of the Vatican State was adopted on 7 June 1929. The same year Pope Pius XI signed the Lateran Treaty with Italy, creating a self-governing state under the sovereignty of the Holy See.

The catholic flag’s design is originally based on the Papal State’s flag from 1808, white and yellow vertical straps.

To which crossed keys and a Papal Tiara were added later.

The flag only with yellow and white bands. That it is the official flag of the Papal States in the middle ages in central Italy.

where pope used to rule as head of the Papal States.

When Italy unified as a single state of the kingdom of Italy with Victor Emmanuel II as King in the 1800s. The people lost his authority as the head of the Papal State.

When the Lateran Treaty granted and recognized Vatican City as an independent state.

It was then the flag recognized as the official flag of the Catholic Church and Vatican City.

The Catholic flag is also referred to as the Holy See flag by the Vatican.

Before Lateran Treaty between Vatican and Italy which resulted in adoption of the current Catholic Flag.

It has undergone many major changes. Originally the Vatican used a flag with red and yellow colors.

In addition to being the official flag of the Vatican City, the Catholic Flag is also flown outside many Catholic churches.

And educational institutions around the world to promote the identity of the Catholic Church.

The flag also functions as a ceremonial flag during the religious feast days of Roman Catholicism.

When a pope passes away, the flag flown half-mast for the nine consecutive days as a sign of mourning period. The design of the Catholic flag is specified in the constitution of the Vatican.

There are only two independent states with square-shaped flag in the world which are Switzerland and Vatican.

The catholic flag comprises of two vertical bars, yellow (hoist side) and white with the coat of the arms of Vatican in the middle. The two bands of the flag symbolize two different powers.

The crossed keys in golden and silver colors are known as the heaven keys or the keys of the kingdom of heaven that were given to Saint Peter by Jesus Christ.

The crossed keys with the silver key on the right side, are connected with a red rope.

The keys have been substantial components in the symbolism of the Holy See since the 13th century.

Papal Tiara is the papal crown worn by popes of the Catholic Church from the 8th century until the mid-20th. The last pope who worn papal tiara was Pope Paul VI in 1963.

Vatican_flag_-_north_facade_-_Basílica_de_Aparecida_-_Aparecida_2014
1280px-St_Peters_Square_Vatican_City_-_April_2007
Close-up of the Vatican flag on satin texture. 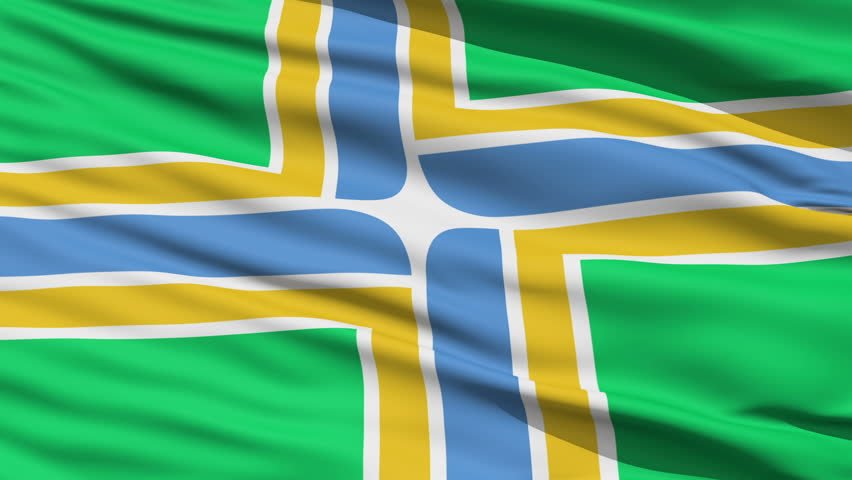