The Canadian flag display proudly with red and white colors and a maple leaf inside. But has Canada always shown this flag to the whole world with pride and independence?

Let us take a look at the history of Canada and the Canadian flag.

History of the Canadian flag

The flag replaced the British national flag in 1965 as Canada’s official national flag. Earlier, when a separate flag was needed for Canada, a red flag was used.

The flags of France and the British empire were displayed in Canada. Canada used the united kingdom’s royal union flag before and after the confederation in 1867.

The red ensign flag was another British flag which was shown in Canada. The Canadian red ensign flag created from the composing of the union jack and the shield of Canada.

The different versions of Canadian red ensign used. Some parts added to the red ensign flag such as the crown, wreaths of maple leaves, and beavers.

The arms of those provinces which joined the confederation were added to the flags.

The Canadian red ensign flag became very popular in the first world war and was a patriotic sign.

Canada grows as a nation and they decided to create a flag that represents their country. In 1921, a new Canadian flag created and king George v gave the royal arms to Canada.

The new official coat of arms which was a Canadian shield, placed in the Canadian red ensign flag. And during the second world war, this version of the red ensign Canadian flag represented Canada.

This version of the Canadian red ensign flag used from 1921-1957. And in 1957 the colors of maple in the coat of arms changed from green to red.

This version of the Canadian red ensign flag used until 1965.

Canadian decided to have a right flag

In 1956, there was an invasion of Egypt by Israel, the United Kingdom, and France. And Canada sent their soldiers to Egypt as a peacekeeper.

After that, the Canadian decided to create a unique flag for Canada. But creating a completely new design for the flag was not easy. They must think of some symbol and colors which represent Canada.

Some try made for creating a perfect design in 1925 and again in 1946. But the prime minister William Lyon Mackenzie king stopped the attempts.

The prime minister thought that choosing the new flag may cause political anarchy for the country.

So they chose the union jack flag as the national flag. And in government building fly the red ensign flag.

The flag problem arises in Canada. And it was a treat for Canada to be an independent and unified nation.

In 1963, the new prime minister Pearson promised to solve the problem of the national flag.

Pearson offers a new design for the national flag. The flag was with the same national coat of arms which was with a sprig of three red maple leaves, on a white background which bordered with two blue stripes.

A committee created by parliament and fix a 6-week deadline for choosing a national flag. The Great Flag Debate period was started in the parliament of Canada.

There were two groups, one of them wanted that the national flag of Canada remains with the same symbol.

And the other group wanted to adopt a new symbol for the national flag of Canada and do not tie to Canada’s colonial history.

The design was a single red maple leaf on a white background with two red stripes that bordered it.

Many flag designs proposed by Canadians and finally the committee shortlisted three of them.

2- in this design was a central maple leaf on a white background. With two red borders that contain union jack and the historic royal banner of France on the coat of arms of the flag.

A red maple leaf was in the center of a white background with two red borders.

On October 22, 1964, the flag national design finalized and the committee selected the George Stanley’s design for the Canadian national flag.

And the house of commons and the Senate approved the proposed design for the Canadian national flag.

Mr. John Matheson, a member of parliament and also a member of the flag committee played an important role to end the Great Flag Debate.

On February 15, 1965, Canada had a public ceremony in parliament hill. The Canadian gathered and discounting and lowered the Canadian red ensign and fly the new Canadian national flag.

The prime minister had a speech on the occasion of adopting a new Canadian national flag.

He said,” may the land over which this new flag flies remain united in freedom and justice, sensitive, tolerant, and compassionate towards all”.

The Canadian flag consists of a central single red maple leaf with 11 points with two red vertical stripes on right and left sides.

The red maple in the Canadian flag

Although maple leaf shows a cultural heritage of Canada. And it is in Canadian songs, books.

But also portray the hope, tranquility, peace, and neutrality dominant in the country.

The red color in the Canadian flag symbolized the hardiness, bravery, strength, and valor.

The white color in the Canadian flag symbolized honesty and peace.

The national flag of Canada day

The national flag of Canada day, shortly flag day, is on 15 February. They fly the flag in public ceremonies and educational places.

Interesting facts about the Canadian flag

– on February 15, 1965, the Canadian national flag hoisted for the first time over the parliament hill.

-Canada was just two years away from celebrating its 100th anniversary when the maple leaf flag declared the country’s national flag by the royal declaration.

The official name of this flag is ”Canadian national flag”

-Other know the Canadian flag as the maple leaf flag. and inspired by the Royal Canadian military college.

– The French name for this flag is L’Unifolie, which means a single leaf.

– The presence of 11 points in this maple leaf has no special meaning. Many people think they are a sign of the number of provinces in Canada. But in fact, these 11 points are just naturally maple leaves.

– every province and territory in Canada has its flag. But the only symbol of Canada at home and abroad is the Canadian national flag.

-maple leaves have been popular in Canada since the 18th century. It has been used to identify Canadians in other countries, such as Canada’s first Olympic appearance in 1904.

Copy and paste this Emoji:

In 1497, john Cabot established a British colony after reaching the shores of Newfoundland.

About 40 years later, Jacques Cartier set foot in the mouth of the Saint Laurent river and built a French colony.

Since then, British immigrants have settled mostly on the shores of the sea and the Gulf of Hudson, while the French have moved to the interior of Canada.

In 1783, Britain took control of the French-speaking part of Canada (today Quebec).

The name of Canada comes from the Indian word Kanata meaning ”village” or ”shelter”.

In 1535, the inhabitants of the area, now known as Quebec City, used the word to refer to Jacques Cartier, who was on his way to the village of Stadacona.

Cartier also used the word Canada for that village and he used the whole area, which at the time called Donna Kuna.

In 1547, the maps with the same title registered in Canada.

The government of Canada is a federal parliamentary democracy and a constitutional monarchy, currently headed by Queen Elizabeth II.

The structure of the government of Canada is made up of the king or queen of Great Britain, the federal government, the senate and the house of commons, the state, the state government, and the governor-general, who acts as Elizabeth’s representative.

The country is governed by independent states, which are generally under the auspices of the federal government.

Canada is a country in the north of North America. It consisting of ten provinces and three territories.

Canada’s common border with the United States is the longest land border in the world. The Canadian capital, Ottawa, and Toronto are the county’s largest cities.

Much of Canada’s territory is uninhabited due to cold weather and proximity to the north pole.

5 thoughts on “The National Flag of Canada”

Mon Jun 29 , 2020
Importance of having a flag It is very important to have an official flag for a country, because having an official flag, represent the nationalism, freedom, glory, and real meaning of being an independent country. Every flag shows symbols that indicate a story and meaning behind it, but a flag […] 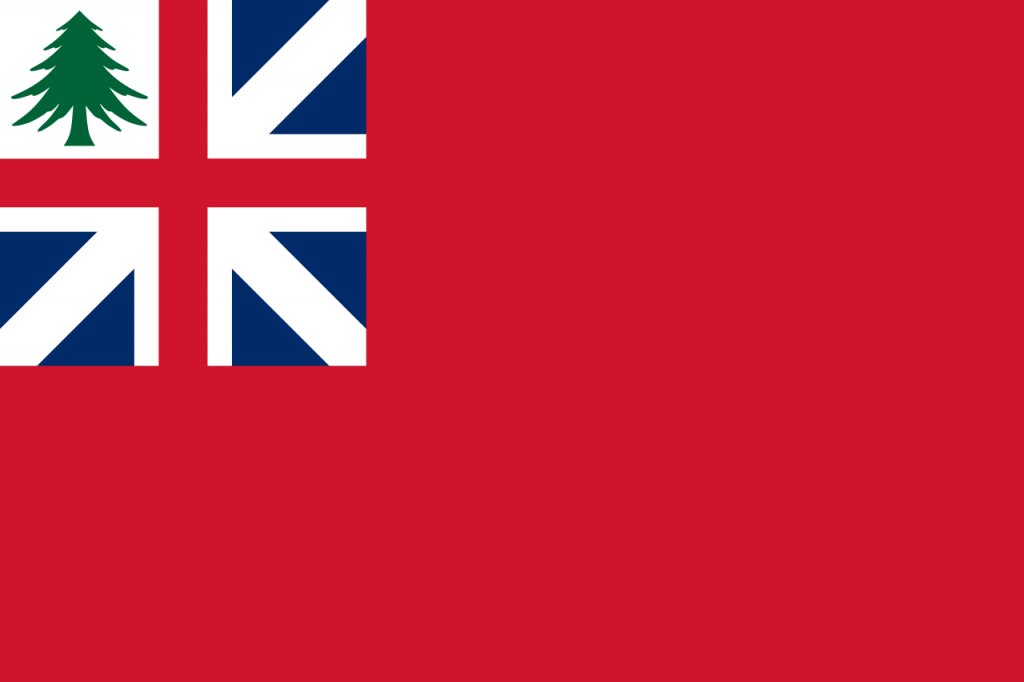