The Cameroon flag was adopted in its current form on May 20, 1975, after Cameroon became a single country.

It is a vertical color of green, red and yellow with a five-pointed star in the center.

There is a wide variety of central star sizes, although there is always room inside the inner bar.

The Cameroon flag was adopted in a 2: 3 ratio on May 20, 1975. The flag, which uses pan-African colors of green, yellow and red, consists of three vertical stripes of the same size as green (in the waving part of the flag), red and yellow, and a yellow-pointed star is located between the flag and the red ribbon.

Also, the type and size of the ribbons on the Cameroon flag are reminiscent of the French flag, which dominated most of Cameroon during the colonial period and before independence.

The first flag of Cameroon was adopted in this region during the colonization of the German Empire in 1884. It was a triple horizontal black-and-red color with a red shield and an elephant head in the center.

After World War I, a UN license placed part of Cameroon under British protection.

It was a trio of green-red-yellow. In 1960, with the independence of Cameroon, it became part of the new constitution.

When South Cameroon became independent in 1961, two five-pointed gold stars in the upper left corner were added to the green of the three colors green-red-yellow.

In 1975 the stars were removed and replaced by a five-pointed, larger gold star. The pan-African colors of the flag also have special meanings. Green represents the lush forest of southern Cameroon, red represents the unity of the country, and yellow represents the savannah and the sun.

The Cameroon flag, like many other countries, uses traditional Pan-African colors.

It is thought that these colors mean the symbol of unity, the sun and the savannah, and the lush and lush forests of the country. In addition to the tricolor design, the flag also has a star in the center called the Unity Star.

The Cameroon flag has traditional Pan-African colors of green, red and yellow.

Red stands for unity, yellow represents the sun and savannas in northern Cameroon, and the green represents the forests of the south. There is also a yellow star in the center of the flag.

The last national emblem was adopted in 1986 and is very similar to the original emblem of 1960.

This symbolizes a shield made of the colors of the national flag with the design of the country in the center under five feathers. The gold star and the black scale show justice.

The Republic of Cameroon

Cameroon, officially the Republic of Cameroon (French: République du Cameroun), is a country in West Africa with its capital in Yaoundé.

The country has a population of about 26,546,000 and its official languages are French and English. The currency is the Central African franc.

The first inhabitants of Cameroon were from the Bantu tribe, then in the 18th and 19th centuries, the predominantly Muslim tribes of Fulani settled in Cameroon.

In 1884, Germany declared Cameroon its patron; But after World War I, the United Nations ceded control of 80% of Cameroon to France and 20% to Nigeria. French Cameroon gained independence in 1960.

Following the referendum in 1961, northern Cameroon was annexed by Britain to Nigeria.

The southern part formed a federal government with the former French territory. In 1972, a single country replaced the federation. Political pluralism was reactivated in 1992 when multi-party elections were held.

Between 1955 and 1958, Cameroon was the scene of bloody struggles for full independence from France, led by John Funcha of the Cameroon National Democratic Party.

Finally, after nearly a decade of violence and bloodshed, Cameroon declared independence from France on January 1, 1960, and Ahmed Ahijo was elected Cameroon’s first president on May 20, 1972.

May 20 is now known as “Republic Day” in Cameroon and was replaced by Paul Biya in 1982.

The Cameroonian currency, the franc, is called the cent. In recent years, with the expansion of oil, timber and coffee exports, Cameroon’s economy has been improving.

In addition to these three other Cameroonian exports, we can mention cocoa, cotton, rubber, bananas, oilseeds, petroleum products, and aluminum industries. Cameroon is a member of the African Union.

Agricultural diversity and the rapid expansion of the oil industry have led to a relatively high standard of living in tropical Africa.

Cameroon has a decade of strong economic performance and its average annual GDP growth is 4%. Between 2004 and 2008, public debt fell from more than 60 percent of GDP to 10 percent, and official reserves quadrupled to more than $ 3 billion.

In 2014, Cameroon’s unemployment rate was 4.4 percent. About a third of the population lived below the international poverty line in 2009, at less than $ 1.25 a day.

Since the late 1980s, Cameron has pursued programs supported by the World Bank and the International Monetary Fund to reduce poverty, privatize industries, and increase economic growth.

The government has also taken steps to encourage tourism in the country.

Cameroon’s natural resources are very suitable for agriculture and horticulture. In the coastal areas of the country, soil and climate are suitable for commercial and extensive cultivation of bananas, cocoa, oil palms, rubber, and tea. Inland, crops such as coffee, sugar, and tobacco are grown on the southern plateau of Cameroon.

Coffee is an important source of income in the western highlands of the country, and in the north, natural conditions contribute to the growth of agricultural items such as cotton, peas, and rice. Relying on agricultural exports makes Cameroon economy vulnerable to price fluctuations.

Life expectancy is 53.6 years for women and 52.2 years for men. Religion 40% of Cameroonians are indigenous and traditional, 40% are Christian and 20% are Muslim.

Also, during the last two decades, many groups of people in this country in the cities of Douala, Fumban, Fumbet, and Yaunde have converted to the Shiite religion of the Twelve Imams.

According to 2003 statistics, 9.6% of the population is infected with AIDS.

Thirty-one percent of Cameroonians are Cameroonian mountaineers, 19% are tropical Bantu, 11% are Kurdish, 10% are Fulani, 8% are Northwestern Bantu, 7% are Eastern Black, 13% are other African, and less than 1%. Non-Africans make up.

The people of Cameroon work hard, exercise hard, care about art, and have a strong belief in a healthy life.

In the culture of the people of Cameroon, life is very valuable for young people, and people care very much about young people. The people of this country are serious and do not joke much with each other.

The people of Cameroon are among the people who try to live in the right conditions, the people of this country like to make the best possible income.

Cameroon is a combination of the West and the East, and the use of white and black colors is the people of this country’s dress. The cities of Cameroon each have their own art.

The people of Cameroon are very generous and try not to forget the fun.

Cameroon is located in the middle of Africa and its capital is Yaounde. The country has a population of 24.05 million and speaks French and English.

The currency of Cameroon is the African franc. The largest city in Cameroon is Douala. It is located on the Gulf of Biafra and borders Nigeria to the west.

This country covers an area of ​​475,442 square kilometers. In general, the climate of this country is tropical and it has a hot and rainy beach. There are many climates and vegetation in this country.

There are beautiful beaches, deserts, and mountains in Cameroon. The volcanic peaks of this region are very large, Cameroon has 5 geographical areas.

The coastal plains of this country have hot and humid weather and there is a lot of rain in the high western plateau. Cameroon has many fertile soils. It has spectacular lakes. In general, the vegetation in this country is shrubs as well as warm grasses.

Flag of the Republic of Senegal

Tue Dec 15 , 2020
The Senegal flag was adopted in a ratio of 2: 3 on August 20, 1960. These colors are Pan-African colors that were first used in the flags of Ethiopia and Ghana. Symbolically, green is a symbol of Islam, progress, and hope, yellow is a symbol of natural wealth and red […] 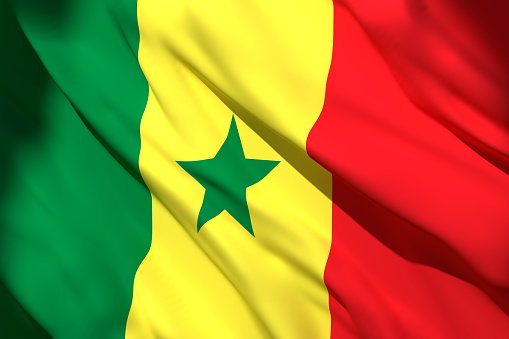