The California flag is commonly known as the Bear Flag in honor of its emblem. The first flag wave was raised during a revolt against the Mexican government in California, making the California flag one of the few state flags to have originated as part of a rebel movement.

It is also one of four state flags in the United States that do not include any blue parts, which combine with the unique flag symbol to form a flag that is very easy to identify.

The flag of the state of California is derived from the Bear Flag Rebellion flag, which began in 1846. The uprising led to California’s independence from Mexico and only joined the United States a few weeks later, but those weeks were enough to secure California. With one of the most iconic flags in the United States.

The original flag was similar to the modern flag, but the bear and the text were placed near the star in Canton. The image of the bear was also significantly lower than the current design.

It was designed by a Californian named William Todd, who produced the first flag with the materials available to him at the time. The Todd flag was kept on display until 1906 when it was destroyed by fire.

The design used for modern California flags dates back to 1911. This design was very popular, so the basic aspects of this design have never changed, despite the subsequent rules to clarify the exact details of the flag design.

Brief history of the flag of the state of California

In 1846, California settlers waved a flag with a red star to indicate their desire for independence from Mexico.

Ten years later, when more efforts were made to form an independent state, the Red Star reappeared with the components of today’s flag. The grizzly bear is seen as the ideal symbol of the wild. During the 1906 earthquake, the original design of the flag was destroyed. A new case was made in 1911.

The most prominent aspect of the California flag is the California Grizzly Bear, which dominates the flag surface. This animal is the official animal of the state of California. It is also used in flag design to show strength.

The flag also has a star that symbolizes sovereignty. The colors chosen for the flag are also symbolic, red for courage, and white for purity.

The colors of the flag of the state of California use several colors. The most prominent feature – the California Grizzly Bear – is designed using two shades of brown: seal and maple sugar.

The bear is crossing a field of green grass. There is also a red bar at the bottom of the flag and there is a star in the left corner which is the same shade of red. Also, the text of the Republic of California is written in brown and is between the bear and the red bar.

Introduction California is located in the western part of the United States on the Pacific coast. It is bordered on the east by Arizona and Nevada, on the north by Oregon, and on the south by Baca, Mexico.

The state of California has an area of about four hundred and twenty-four square kilometers and a population of thirty-nine million one hundred and fifty people.

The state capital is Sacramento and its largest city is Los Angeles. California’s economy is based on the information technology and computer industry and has a very high GDP.

Humans have lived in California since 10,000 BC. When Europeans arrived in the 16th century, indigenous peoples lived in small villages. They lived on oaks and hunted animals like deer and rabbits. They also fished.

The natives made baskets, some of which were very tightly woven and could hold water. When Juan Cabrillo sailed to the Gulf of San Diego, the Europeans arrived in 1542.

In 1579, Francis Drake anchored near San Francisco and claimed California for Britain. Then in 1602, Sebastian Vizcaino discovered the coast of California. But the establishment of Europe did not begin until the eighteenth century.

Franciscan monks made a series of missions in California about 30 miles (one day on horseback). The first mission in San Diego was built in 1769.

In 1781 a city or Pueblo was founded in Los Angeles. Then in 1821, Mexico became independent from Spain. California became the territory of the new state. Unfortunately, the Europeans brought diseases from which the indigenous people were not immune.

They perished. In 1834, Mexico secularized missions. This meant taking their land and selling it. In 1846 most of the land was owned by a small number of ranchers.

Shortly afterward, gold was discovered in Sutter’s Mill. Landscapes flooded into California, and as a result, its population grew. On September 9, 1850, California became the 31st state of the Union.

Los Angeles was formed in the same year and in 1854 became the capital of Sacramento. Discovered in California in 1859 after the end of gold and silver.

Then in 1869, the first subcontinental railroad was completed, making transportation east and east much easier.

The orange industry has been booming in California since the 1870s because they can now be easily shipped to other states.

Meanwhile, as more settlers entered California, many battles were fought against Native Americans. They had to make reservations and their numbers dropped dramatically.

The catastrophe occurred on April 18, 1906, when an earthquake struck San Francisco. Its dimensions are 8.25 on the Richter scale and it has caused a lot of damage. Subsequent fires caused even more damage.

They were angry for 3 days. About 28,000 buildings were destroyed and 250,000 left homeless. The exact number of dead is not known; however, San Francisco was soon rebuilt.

In 1911, California women were given the right to vote.

California’s economy, with more than $ 3 trillion in GDP, is larger than any other state in the United States.

California is home to the state-of-the-art IT industry, which includes Oracle, Cisco Systems, Intel, Google, Yahoo, Imedi, Sun Microsystems, and Apple and Sheeran.

It is bordered to the north by Oregon, to the east and northeast by Nevada, to the southeast by Arizona, to the west by the Pacific Ocean, and to the south by the state of Baja, California, Mexico (which forms part of it).

Central California is located in the middle of the state, bounded on the east by the Sierra Nevada, the Coastal Mountains on the west, the Falls on the north, and the Tehachapi Mountains on the south. The Central Valley is the heart of California’s productive agriculture.

Both valleys are named after the rivers that flow through them. The Sacramento and San Joaquin rivers have been dried deep enough for several inland cities to become seaports.

One thought on “Flag of California state”

Flag of the Republic of France

Thu Dec 31 , 2020
Every country has its own flag and every flag has a meaning and history behind it. The French flag is no exception. The flag, known in French as the French Tricolor or ‘Le Drapeau Tricolor’, is one of the most interesting and historic flags in the history of Europe. French […] 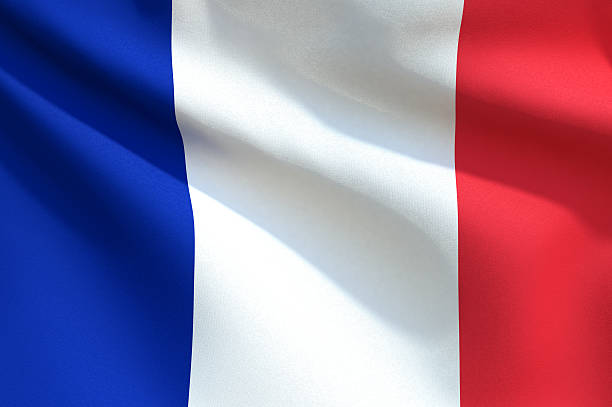