The Burkina Faso flag is a symbol of the nation of Burkina Faso and its solidarity with other African countries.

It is one of only two flags to represent the country since gaining independence from European influence in the second half of the 20th century.

The current Burkina Faso flag has only recently been used but includes design features that are part of a tradition that spanned decades before the country’s independence.

The Burkina Faso flag has two equal horizontal stripes of red (top) and green with a five-pointed yellow star in the center.

Also red symbolizes revolution and green is agricultural and natural wealth.
The yellow star on the red and green stripes is the beacon of the revolution. The flag was adopted after the 1983 coup that brought Thomas Sankara to power.

History of the Burkina Faso flag

The modern flag of Burkina Faso is the second flag to represent the country in the post-colonial years. At the beginning of its independence, this nation was High Volta and while it was known by this name, it used another flag.

The main flag was three horizontal colors black, white, and red. These three colors were to represent the three rivers that flowed through the country, known as the Black, White, and Red Volta Rivers.

The Upper Volta flag used the same design as the flag of the German Empire, but this resemblance was a coincidence.

Burkina Faso adopted its current flag in 1984, coinciding with its modern name. Thomas Sankara, the overthrow of the previous government used the flag after a coupled.

The Burkina Faso flag has traditional Pan-African colors. These colors were to show the independence of the nation and its unity with other former colonies in Africa.
These colors are also a symbol of revolution and agriculture. The flag also has a star, which stands for the “beacon” of the revolution.

Red, yellow, and green are three colors in the Burkina Faso flag.

The pan-African colors used by many other African countries in their national flags – form the design of this flag.

There are two horizontal bands that form the background of the flag.
The top group is red and represents the revolution of the nation. The green bar below is a symbol of the country’s natural and agricultural wealth.

The star is in the center of the yellow flag and is a beacon to represent the revolution.

The national emblem of Burkina Faso has a shield in the color of the national flag, with a scroll called “BURKINA FASO” with two stallions on each side, and an open book at the bottom.

One banner below has the national motto in French: “Unité – Progrès – Justice” (Unity, Progress, Justice).

About the nation Burkina Faso

This country, surrounded by land and its vast plains, lacks any suitable vegetation and consists of plateaus with an approximate height of 500 meters.

Burkina Faso bordered to the north by Mali, to the east by Niger, to the southeast by Benin, to the south by Togo and Ghana, and to the southwest by Ivory Coast.

Burkina Faso was once a French colony. During the colonial era, the country served as a labor reserve for the more developed southern colonies.

Since gaining independence in 1960, the country, which was renamed Burkina Faso in 1984 on the first anniversary of Thomas Sankara’s rise to power, has had a turbulent political history with a series of military coups.

In Burkina Faso, the president is elected by popular vote for a five-year term.
The legislature consists of two chambers: the National Assembly and the Senate.
Burkina Faso’s constitution was in 2000 to allow incumbent Bliss Compare to no longer be elected president.
Another change in the country’s constitution reduced the previous presidential term from seven years to five years.

The economy in Burkina Faso

The country’s GDP is $ 5.17 billion, up 2.4 percent in 2007.
Five million people make up the country’s labor force. Every year, a large number of men from this country go to work in neighboring countries. The unemployment rate in this country is 77%.

4.46 percent of the country’s population lives below the poverty line. The inflation rate is 0.7%.
It exports cotton, livestock, and gold to China, Singapore, Ghana, Thailand, and Niger.
The country’s imports include basic goods, food, and petrochemicals.

The population is generally unequally distributed between different regions.

The eastern and central regions are densely populated and comprise almost half of the total population.

More than two-thirds are rural and live in villages that are usually grouped at elevations above the valleys of the Volta River toward the center of the country.

For several miles on both sides of the Volta River, the land is largely uninhabited due to the outbreak of the deadly Tse fly, which has a sleeping sickness, and the Simulium fly, which has cancer or river blindness.

the administrative capital and seat of government is Ouagadougoualso it is a modern city home to several companies.

It is also the residence of Moro Nabi (“Great Lord”) Moses and an important regional center for international aid programs.

Bobo Dioulasso, in the west, was the economic and commercial capital of the country, forming the railway terminal to Abidjan, Ivory Coast.

Since 1955, however, when the railway was moved to Ouagadougou, Bobo Diolasso has lost some of its former importance, although it is still a commercial center.

2 thoughts on “Flag of the nation Burkina Faso”

Flag of the Republic of Lebanon

Mon Sep 21 , 2020
The Lebanon flag is made of three colors red and white and the symbol of green cedar, each of which is a symbol of something. The red color symbolizes the blood of the martyrs, the white color represents the purity of the people and the snow-capped mountains, and the green […] 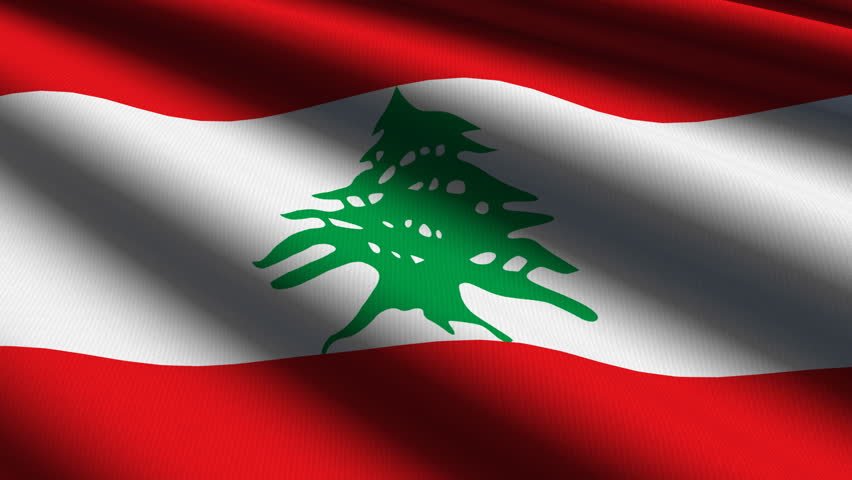