A flag is the symbol of independence, national sovereignty, honor, and the identity of a country. Let’s take a look at the history of Bolivia and the Bolivian flag.

History of the Bolivian flag

The flag consists of three horizontal lines and the same size of red at the top, yellow in the middle, and green at the bottom.

Bolivia got independence in 1825. And until 1851 before the current flag, used other flags. The first national flag was a flag with two stripes in red and green, and in the middle of red stripes was a yellow star, covered by a green wreath.

In 1825-1826, the flag of Bolivia approved and it was a tricolor flag with, red, green, and yellow stripes in horizontal shape and including a coat of arms in its center, but one star changed to five stars surrounded by a green wreath.

On July 25, 1826, the design of Bolivian changed to a tri-color flag with yellow, red, and green stripes in a horizontal location, and a coat of arms was in its center.

And on November 5, 1851, the yellow, red, green changed to red, yellow, green. The order of stripes changed. During the years the design of the coat of arms changed many times.

Also, for some time, Bolivia and Peru had a united flag. And a confederation arm was in the middle of the flag.

Among the all of countries Bolivia officially has two national flags.

The flag consists of three horizontal lines and the same size of red at the top, yellow in the middle, and green at the bottom and a coat of arms are in the middle of yellow stripes.

The proportion of this flag is 15:22. This Bolivian flag name tricolor flag and use in state and war.

President Carlos Mesa approved this flag without a shield on July 19, 2004.

Although it is not a national flag of Bolivia, after the revision of the Bolivia constitution in 2009, it is a national symbol of Bolivia. it is the flag of some of the native people of the Andes.

The natives are under the flag of Wiphala are natives from Peru, Bolivia, Ecuador, Chile, Colombia, and some zone of Argentina.

The colors of the Wiphala that is seven indicate to rainbow. The seven colors are red, yellow, orange, white, green, blue, and violet.

Here is the meaning of each color

State flag and civil flag fly on the right side and the Wiphala flag raised on the left side.

Although Bolivia is a landlocked country but had a naval flag from 1966 to 2013. The Bolivian flag was a blue flag with ten stars and three red, yellow, and green horizontal stripes.

Two national flag uses for Bolivia Bolivian civil flag and States flag. Both flags are tri-color in horizontal stripes, but the difference is in having a national shield. The state flag has a coat of arms while the civil flag does not have.

Similar to any flag, the Bolivian flag’s color symbolize some meaning. Each color represents a meaning

Red: red symbolize the blood of heroes who devote their life for birth and guardianship of the Bolivian republic.

Yellow: it represents resources and wealth.

Green: it represents an abundance of natural sources and also it stands for hope and value of society.

Bolivian coat of arms located in the middle of yellow stripes. Coat of arms of the Bolivian flag contains many items which each of them has a meaning behind them.

A Bolivian flag surrounded a cartouche, muskets, laurel branches, and on the top is an Andean condor. in the borders of the cartouche is ten starts. The stars portray the nine departments of Bolivia and one star represents the previous province Littoral. in the center of the cartouche is mount Potosi.

And there is a tree that an alpaca is standing next to, also there is some wheat. All of this represents the natural resources of Bolivia.

Behind the cartouche is a crossed refile. The cross refiles symbolize the war for independence. There is an ax and Phrygian hood on cartouche that portray freedom and liberty.

17th August is the national flag day in Bolivia. And Bolivian every year celebrate this day and honoring the Bolivian national flags.

Bolivia, officially the socialist democratic republic of Bolivia is a landlocked country in central South America. Bolivia is bordered by Brazil to the north and east.

Paraguay to the southeast, Argentina to the south and Chile and Peru to the west of Bolivia. Bolivia is the fifth largest country in South America.

Sucre city officially and also in the constitution is the capital of Bolivia, but its government is based in the city of La Paz. The population of Bolivia is 11656000.

The official languages of Bolivia are Spanish, Quechua, Aymara, Guarani, and 34 other languages are indigenous.

The country’s currency is called Bolivia. The system of the Bolivia government is democracy. The area of Bolivia is 1098581 km square.

55% of Bolivians are of Indian descent, 30% are Mestizo (Indian and white hybrids) and 15% are white. The religion of the Bolivian people is Christianity. 78% of Bolivians follow the Roman Catholic church, 16% are protestants and 3% are followers of other Christian denominations.

Bolivia’s history is replete with numerous changes at the helm of the country. Nearly 200 coups and 200 counter-coups have taken place in the country’s history.

Bolivia has been under the Spanish colonization since the 1500s and has been run by foreign forces.

Before European colonization, the present-day region of Bolivia was part of the Inca Indian empire.

The Spanish Empire conquered the region in the 16th century, and during the Spanish colonial period, the land was called ”upper Peru” and was considered part of the viceroyalty of Peru.

After the declaration of independence of this region in 1809, the region faced 16 years of war. The war led to the formation of the Bolivian republic on August 6, 1825. Bolivia’s name has taken from the name of Simon Bolivar, the revolutionary leader of Bolivia.

But with the rise of civilian governments, problems continued in Bolivia, which faced problems such as poverty, social unrest, and drug production.

5 thoughts on “Flag of the Plurinational State of Bolivia”

Flag of the Republic of Uganda

Mon Jul 6 , 2020
Buganda was one of the few pre-colonial states in Africa that had its flag. It is now an integral element of the Uganda flag and also the coat of arm granted by Queen Elizabeth.  When Uganda became a colony of the British Empire, the British added a distinct symbol “Crested […] 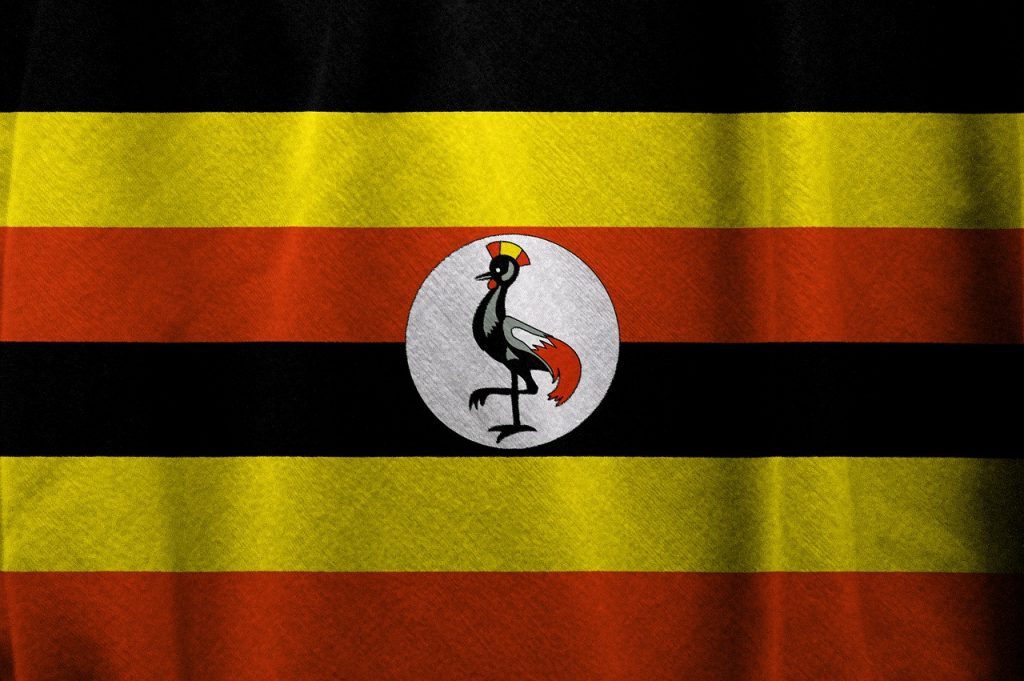