The Bhutan flag is one of the symbols of the country and is diagonally divided into yellow and orange fields.

The first flag of Bhutan

The first national flag of Bhutan was in two colors, with yellow at the top and red at the bottom. This green dragon was located along the line of the two fields in the middle, facing them.

Lathrop Tau Tu is said to have embroidered the flag, one of the few painters in the royal court at the time.

This was demonstrated in 1949 at the signing of the India-Bhutan Treaty in Darjeeling, India.

The second version of the Bhutanese flag

The national flag of Bhutan was changed to East Bhutan in the 1950s during the tour of His Majesty the Third King, Jigme Dorji Wangchuk.

Photos of the first version of the Bhutanese flag were used as a base. The color of the dragon changed to white.

The third version of the Bhutanese flag

First, the shape of the flag is rectangular from square.

Then the two parallel colors of the flag are embroidered diagonally with the yellow part in the upper triangle and the red in the lower triangle.

The dragon, which was parallel, had to fly diagonally along the line.

The reason for dividing the flag diagonally was that the flag always falls down when raised and the dragon is placed on the ground.

Fourth and the current flag of Bhutan

The lower red triangle was changed to orange in the late 1960s by order of the Third King.

Following subsequent design changes, the current national flag of Bhutan was adopted in 1972.

The flag of Bhutan has a dragon on it because it has been nicknamed the Dragon Country. The dragon in Dzongkha, the national language of Bhutan, is “Druk”, which is also the name of one of the two national airlines of Bhutan. Also, the dragon refers to the Drukpa branch of Buddhism, which is the national religion of the Buddhist kingdom.

It is also possible that the dragon was borrowed from the Qing Dynasty in China, which had a similar flag and was a neighboring country of Bhutan.

The flag is two colors. Its orange color represents Buddhism, like the robes worn by Buddhist monks from the Drukpa tradition.

The yellow part represents the tradition and authority of the Bhutanese leader, who has been dubbed the Dragon King. Since orange and yellow are equally on the flag, it means that Buddhism and monarchy are of equal importance in the kingdom as their pioneering force.

Also, the dragon in the middle of the flag represents the king and is white to show spiritual purity as well as neutrality in the service of all ethnic and linguistic groups in Bhutan.

Finally, the dragon is holding pearls, which are the wealth and prosperity of Bhutan, and it is roaring, depicting the power of the kingdom in its defense.

Significance of the Flag of Bhutan

Yellow means civil tradition and is the manifestation of His Majesty’s existence. His Majesty is the peak of Bhutan and wears a yellow cognac.

Orange means the monastic tradition of the Buddhist teachings. In addition, it shows that the Kagyud and Nyingma traditions flourish in harmony.

The combination of the two colors represents the unity of the Bhutanese people. It also means having monastic and civic traditions.

Dragon means Bhutan, the dragon of the land of thunder. It also represents the people, Drukpa, Bhutan.

The Kingdom of Bhutan

Bhutan, officially the Kingdom of Bhutan, is a landlocked country in the Eastern Himalayas in South Asia.

It is bordered by Tibet Autonomous Region “one of the provinces of China” in the north and Assam “one of the states of India” in the south.

The capital of Bhutan is called Timfu and the official language of the country is called Dzongkha, which is of course mostly native to the northwest of the country and in other parts of the country, Chinese, Hindi, Nepali, Bengali, Sharchub, and… are common.

The currency of Bhutan is the Bhutanese Negro, although the Indian Rupee is also common in this country. Bhutan has a population of 800,000 and the religion of most people is Buddhism and Hinduism

The name “Bhutan” seems to be derived from the Sanskrit “Bhotant” meaning “end of Tibet” or from “Bhu-uttan” meaning crown with the emblem of the land above.

Although Bhutanese are known in the outside world as Bhutan, they call their country Druk Yul or Thunder Dragon Land. ‘Druk’ means ‘dragon’ and extends from the dominant Drukpa school in Tibetan Buddhism.

The documentary history of the kingdom begins in 747 AD with Guru Padmasambhava, known as Guru Rinpoche, who takes his legendary journey from Tibet to the mountains behind the Tigris.

He entered the paddling valley at Taktsang Lhakhang, also known as the Tiger Nest.

In the following centuries, many great masters preached the faith, which led to the full flourishing of Buddhism in the Middle Ages.

Although originally a sect, it was eventually united in the 17th century by Drukpa Kagyupa, a saint/director of Shabdrung Ngawang Namgyal under the Mahayana Buddhist religion.

Ngawang Namgyal developed a comprehensive system of laws and formed a chain of Dzongs that guarded every valley at an uneasy time and now serve as the region’s administrative and religious center.

Over the next two centuries, civil wars raged intermittently, and regional governors became increasingly powerful. At the end of the nineteenth century, the governor of Trongsa defeated all his rivals and soon became known as the general leader of Bhutan.

The Governor of Trongsa, Sir Ogin Wangchuk, was elected the first King of Bhutan in 1907 by an assembly of representatives of the monastic community, government officials and the people.

As of July 18, 2008, the Bhutanese government is a constitutional monarchy in which the king is the head of state and the prime minister is the head of the executive branch.

The currency of Bhutan is Neglterm with the unit of exchange (Chatrum).

Exports of butane also include cement, minerals, timber, cardamom and ginger, and other spices. It exports shoes to India. In 1980, Bhutan was the only country in the world without a telephone. In Bhutan, the Internet has only been available to everyone since 1999.

The population of this country in 2011 was about 708,427 people and in terms of population is one hundred and sixty-fifth country in the world. T

Bhutan has banned the sale and purchase of tobacco and tobacco products since 2004.

No Bhutanese has a family other than the royal family! Also, from the names chosen for the Bhutanese, it is not possible to find out the gender of the person! monks or family elders choose children’s names.

The official religion of Bhutan is Buddhism. About 75% of the population is Buddhist, the rest is predominantly Hindu and live in the southern parts of the country. Both religions coexist with peace and equal government support

The people of Bhutan are known as the happiest people in the world, so laughing is part of their face and they always try to have a smile on their face.

In Bhutan, living conditions are professionally, and of course, the cultural principles in this country are such that people try to resolve all issues in complete peace.

In Bhutan, life is such that one can achieve good results both scientifically and in the field of art.

The country has an excellent art space in the field of cinema, and of course, the government has approved this. The peace of life in Bhutan is such that people can have the right scientific privileges.

Bhutan is a beautiful and small country in South Asia, between China, Nepal, and India. The country has Himalayan mountain ranges full of pristine and unique nature.

There are many tourists in this country. Bhutan is one of the most beautiful and strange places in the world, with towering mountains and beautiful monasteries.

The promotion of specific cultures and traditions in this country has been evaluated professionally. In general, the tourism industry in Bhutan is increasing day by day.

Bhutan has never been considered by the colonists because of its strategic location and its rugged mountains and has been ruled by a local kingdom. The country is adjacent to the Tibetan region, and there are generally many religious governments in the country.

The situation of environmental protection in Bhutan has been excellent and the cultural atmosphere in this country has been followed in precise classifications. Also, the government has tried to make certain foreign contributions in this field, and of course the environmental situation in this country. Evaluated by the government. The constitution of this country, which is worth 60% of the entire region. Bhutan is the first country with a negative carbon footprint.

Flag of the Republic of Trinidad and Tobago

Wed Dec 16 , 2020
The Trinidad and Tobago flag is tricolor and consists of three diagonal bands running from the top left corner to the bottom right corner, and the background of this flag is red, which has a black stripe with narrow white stripes along each side. The ratio of height to width […] 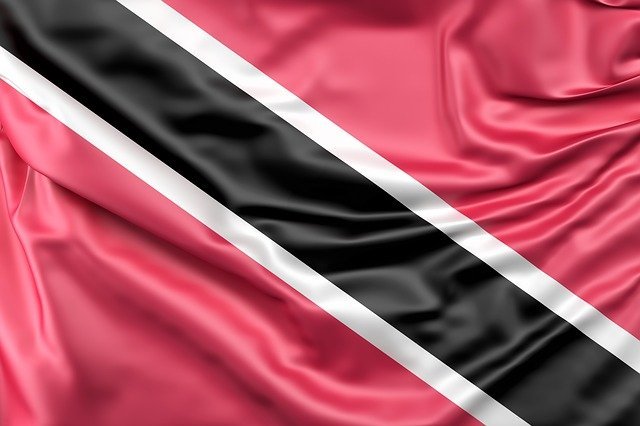