The Bahrain flag is one of the most prominent designs in the world. It has a white bar on the left and a larger red bar on the right, with a serrated line of five triangles dividing the two.

The Bahraini national flag consists of a white stripe on the left, separated by five triangles from the red area on the right, which acts as a toothed line. Red is the traditional color for the flags of the Arab countries of the Persian Gulf. White on the lift side. Five points represent the five pillars of Islam

The Bahraini national flag was red before 1820 but changed with the signing of the General Maritime Treaty with Britain.

They showed a white ribbon as a symbol of peace, which is shown by this treaty. Also, the flags used by the pirates to identify it.

It gained independence from Britain in 1971 and became a member of the United Nations and the Arab League.

The white and red design remained unchanged for the next 112 years, and in 1993, the government added a toothed white bar. This was to distinguish the flag from the flags of Dubai, Ajman and the old flag of Abu Dhabi.

The indentation had 28 triangles, but no information about these 28 points is shown.

In 1972, these triangles were reduced to 8 and later to 5 in 2002. This reduction was a symbol of the five pillars of Islam. These five pillars represent the five commitments that every Muslim is expected to fulfill in order to achieve a good and responsible life.

The red part of the Bahraini flag owes its history, but the white band was added specifically to show and commemorate the treaty that the country signed with the British Empire.

The Bahraini government has decided to display the Islamic heritage of the nation with its flag like the governments of many other nations, but it has chosen to do so in a unique way.

Unlike many governments that chose to represent that heritage by placing a religious quote on the flag or selecting a green field, the Bahraini government decided to mark it by dividing the color of the flag by a serrated line with only five dots. Each of them represents one of the pillars of Islam.

About the Kingdom of Bahrain

Its capital is Manama and its official languages are Arabic and English. Bahrain is divided into five provinces and had 14 cities as of July 3, 2002.

In the past, Bahrain was a vast land with Basra on one side and Oman on the other. This country was part of Iran during the Achaemenid period, and with the advent of Islam.

This government lasted until 641. After the Ayouni government, Iranian rule returned to Bahrain.

In the third decade of the tenth century, with the Portuguese invasion, Bahrain came under their control for a century, but in 1031 AH, Shah Abbas Safavid expelled the Portuguese, took control of Bahrain, and again Bahrain became part of Iran but often had local Arab rulers.

During and after the Safavid rule, this region was sometimes occupied by the Kharijites of Oman until Nader Shah liberated Bahrain from the Kharijites and handed over the rule of Bahrain to the said family. This dynasty ruled Bahrain until the end.

In the 12th lunar century, the Al Khalifa dynasty came to power in Bahrain.

Finally, on August 15, 1971, Bahrain declared independence, the Bahraini constitution was created in 1972, and the National Assembly was established after that.

Bahrain is not a rich country and even part of its energy is provided by Saudi Arabia. The two countries are connected by a 25-kilometer bridge known as the Shah Fahd Bridge, which opened in 1986.

Bahrain is the first country in the Persian Gulf to explore for oil but its oil and gas resources are very limited. Bahrain’s traditional economy is dependent on pearls, but most of Bahrain’s population now comes from banking and tourism.

In any case, oil and oil products account for 60% of Bahraini government exports and revenues, as well as 30% of Bahrain’s GDP. The country’s only domestic heavy industry is aluminum, which is produced and supplied on a large scale.

Bahrain ranks first in the Middle East and fifth in the world. The currency of Bahrain is the dinar, which is equivalent to $ 65.2 each.

It had the fastest economic growth among Arab countries in January 2006, according to the West Asian Socio-Economic Association.

Bahrain also had the freest economy in the Middle East and the 25th largest in the world in 2006, according to the Wall Street Journal and the Free Economy Index

The country’s foreign population has grown rapidly in recent years, reaching 511,864, or 49.25% of the total population in 2007, according to government estimates

The rituals for the month of Ramadan in Bahrain are strictly held, and there are many nightclubs in the culture of this country, and people try to ask God for forgiveness.

In the Islamic culture of Bahrain, in general, there are many Islamic approaches, and this issue is also seen in the hijab of Bahrain.

The people of this country wear long clothes and often try to cover their hair, it is very important to assess the cultural situation of Bahrain accurately, and it is clear that the country is a little strict in the field of hijab.

The flag of Bahrain is very sacred to the people of this country, and any kind of disrespect to it will definitely be taken seriously.

In this country, women usually hug each other for greetings and generally try to communicate peacefully with each other, while greetings customs between men often end in the handshake.

Bahrain is located next to Iran, Saudi Arabia, and Qatar, it has many large and small islands. The capital of Bahrain is generally the beautiful city of Manama and the people of this country speak Arabic, the country has geographical economic sectors. it’s too important.

The reason for naming Bahrain is due to the existence of a lake in a part of this land that is very important today.

Bahrain has a dry climate, with mild winters and hot, humid summers. Bahrain is also known as the “Island of a Million Palms” and includes the three main islands of Manama, Muharraq, and Star.

There are also villages in Bahrain that are located close to each other. Among the cities of Bahrain, we can mention Rifa, Aali, Isa, Al-Badie, etc. The small country covers an area of ​​765.3 km2 and has a population of 1.493 million.

Wed Dec 30 , 2020
The California flag is commonly known as the Bear Flag in honor of its emblem. The first flag wave was raised during a revolt against the Mexican government in California, making the California flag one of the few state flags to have originated as part of a rebel movement. It […] 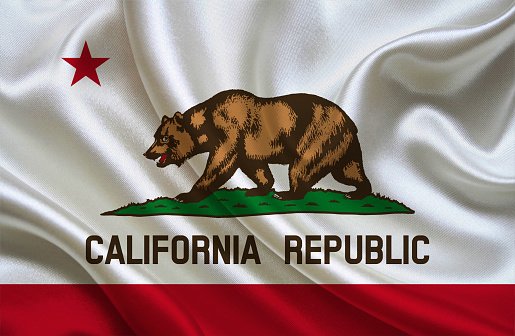